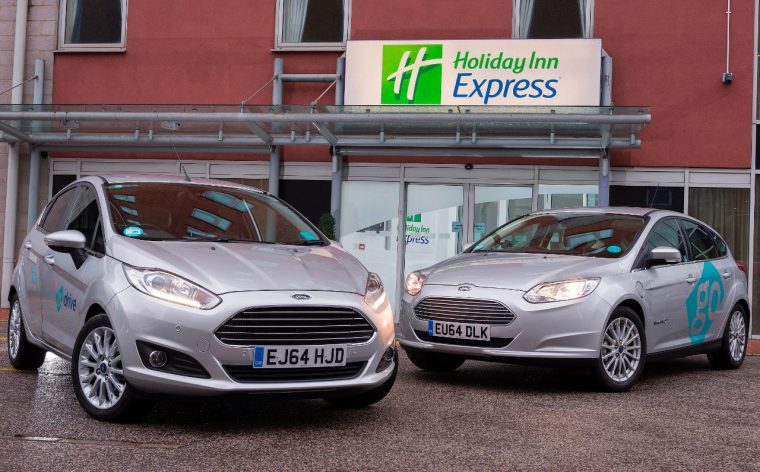 Ford has announced that it is teaming up with London’s Limehouse Holiday Inn Express in an effort to expand its GoDrive car-sharing program. GoDrive was initially launched in May, and its expansion signals Ford’s continued aspirations to become the next major recognized ride-share provider.

The addition of the Limehouse hub gives Londoners another access point, joining 20 others across the city. Using GoDrive, commuters can book their choice of either the Ford Focus Electric or a Ford Fiesta equipped with the award-winning 1.0-liter EcoBoost engine.

“Many of our guests are here on business, so having easy access to a car can be a huge help in getting around the city,” said Scott Rankin, General Manager at Holiday Inn Express London, Limehouse. “For those guests on holiday having the option to put the children in the car, or carry their shopping bags is a huge plus.”

The price of utilizing a GoDrive car is a scant 17p per minute, and it covers everything from congestion fees, fuel, insurance, and parking. All rentals are even offered with a five-minute grace period to accommodate for vehicle familiarization.