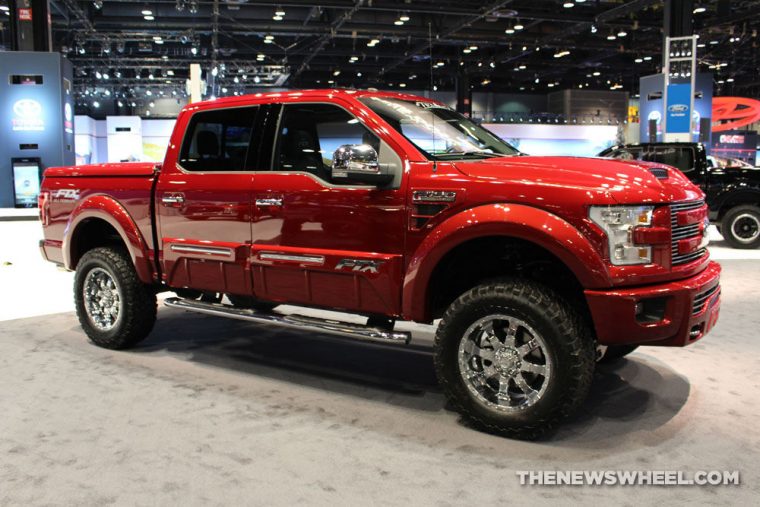 In a recent study of more than 39,000 survey responses of people who have owned a 2016 model year vehicle for 90 days, the 2016 Ford F-150 earned Strategic Vision’s Top Quality Impact Award in the full-size truck segment.

Strategic Vision is a research based consultancy and its awards are given to the cars, trucks, and crossovers that deliver high vehicle quality, as well as offer a positive ownership experience.

The Ford F-150 received praise from its new owners who complemented the truck for its quality workmanship, power, and safety features. Many automotive reviewers were concerned when Ford announced its signature F-150 would come with an aluminum body, but the 2016 F-150 earned the best possible safety rating of five stars from the federal government. In addition, its SuperCap and SuperCrew variants were named Top Safety Picks by the IIHS when equipped with the optional Forward Collision Warning technology.

“Some auto manufacturers are hoping that attack ads on the Ford F-150 will convince shoppers of the lack of quality, hoping for similar success in election commercials,” said Alexander Edwards, Strategic Vision President. “However, the Ford F-150 has provided a quality product combined with a strong positive emotional experience that makes it a leader. Ford buyers will continue to cast their vote with the F-150.”

Ford also won the Top Quality Impact Award in the corporation segment, while the sixth-generation Mustang earned an award from Strategic Vision in the standard convertible segment.