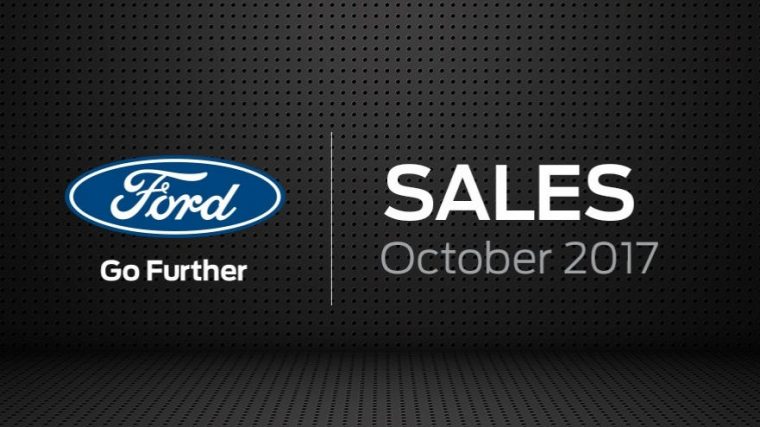 Despite a down month overall, F-Series set a new benchmark for October deliveries with 10,591 trucks sold, up 25% year-over-year.

“Consumers continue to place an importance on customization,” said Mark Buzzell, president and CEO, Ford of Canada. “Canadians are looking for the freedom to customize vehicles to meet their individual needs and the Ford truck lineup offers just that—technology, purpose-built capabilities, features, and configurations that truly deliver vehicles that can do it all.”

SUV, truck, and van sales were up a combined 5.5% at 18,881 vehicles delivered, and truck sales alone increased 6%. Sales of the Transit Van were up 24%, and sales of the Escape increased 2%. Sales of Ford and Lincoln SUVs, trucks, and vans have more than helped to offset the losses sustain by cars through 10 months, up 6.4% to date at 233,409 vehicles.