Just about every automaker offers some sort of infotainment system.  They are the next generation of in-car connectivity, and link up with your smartphone to bring all of your entertainment and social media into your vehicle.  Sounds great, right?  Well, only if they work. 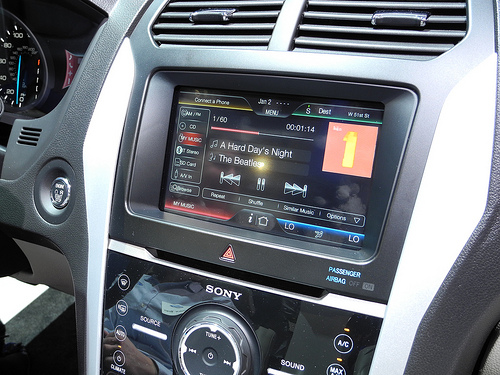 That’s the problem that Ford is facing with its MyFord Touch system, except its glitches are going to cost it more than potential customers.

The Center for Defensive Driving has filed a class-action lawsuit against the Detroit automaker for allegedly concealing known defects in its MyFord Touch system and selling it as fully functional.

“The system has been an unmitigated disaster for Ford,” the lawsuit alleges. “The Internet is replete with complaints from Ford owners who have experienced significant problems with the system.”

Complaints with the MyFord Touch system are rampant from Ford drivers; the system blacks out, freezes, requires numerous software updates, has difficulty connecting to smartphones and just simply doesn’t work like it is supposed to.

In theory, the MyFord Touch system is a really cool system, so we hope Ford figures out the glitches, although the $5 million in damages the Center for Defensive Driving is seeking could set development back a bit.

Do you have a vehicle equipped with the MyFord Touch system?  Have you had any issues? Let us know in the comments.

Matt Chinn is more than just a name that, when said quickly, sounds like an adjective used to describe someone who is well coordinated in their attire. He is a writer who has covered the automotive industry throughout his professional career with a talented team of fellow writers. Matt is constantly looked up to, as the tallest member of the team, and displays a constant enthusiasm for all things automotive.

Born and raised in Ohio, Matt has a deep-rooted passion for sports in the ‘Buckeye State,’ and has an active lifestyle himself, which shines through in his writing.