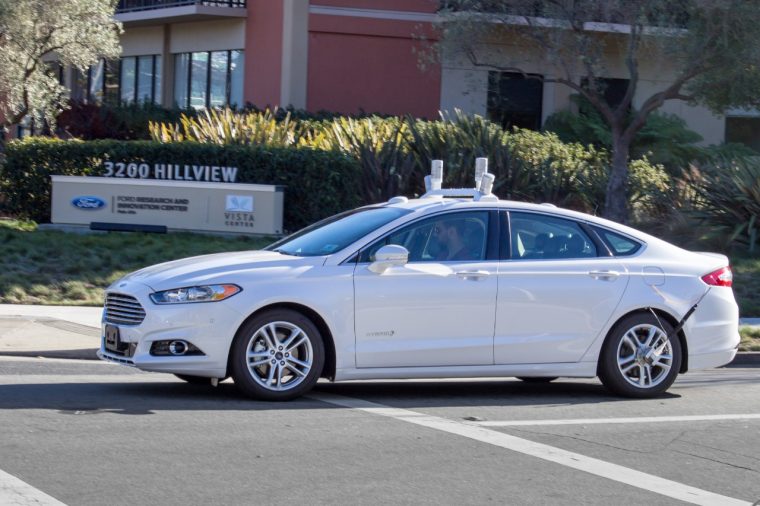 Autonomous Ford Fusion Hybrids will test in California next year

It was revealed on Monday that Ford may very well be entering a partnership with Google to produce self-driving cars. Should this wind up proving true—we’ll have to wait until January 5th for the first Press Day at International CES to find out for certain—Google couldn’t have done much better for an initial partner in the effort of bringing self-driving vehicles to the masses.

Can’t Get the Engine to Turn? See how to easily jump-start your car

According to Ford, patent applications in 2015 totaled an astonishing 6,000, a great many of which were for inventions pertinent to the development of autonomous vehicle technology. Other innovations for which Ford’s engineers sought patents in 2015 include wearable devices, connected vehicles, eBikes, ride-sharing, and navigation.

The total of 6,000 patent-pending inventions marks a 36% increase from the total number from 2014. In the past five years alone, patents for electrification technology are up 200%, and the number of granted patents solely for the development of EcoBoost technology totals 275 with another 200 still pending.

“Our engineers and scientists are inventing ways to address mobility challenges more than ever—with more patent applications filed this year on car-sharing, wearables, bikes, cloud computing, and in other areas to improve consumers’ lives inside and outside the car,” said Raj Nair, Ford executive vice president and chief technical officer. “By hosting—and participating in—more internal hackathons and innovation labs, our employees are stepping up to show that inventing is a priority for leadership in the industry.”

With billions committed to the further development of electrified vehicle technology in the next five years and a potential partnership with Google looming, expect that upward trend to continue in the next year.

The Latest Rumors: Is Ford bringing the Ranger back to America at long last?