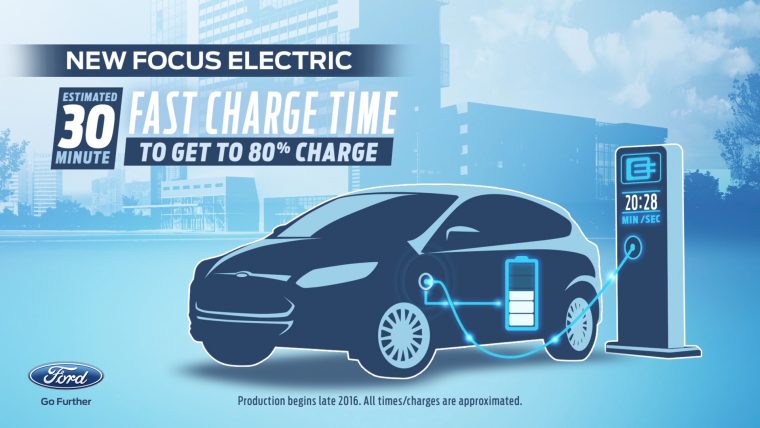 Ford announced this week that it will be investing $4.5 billion into the development of its electric vehicle technology. This investment will support, among other things, the introduction of 13 new electrified vehicles into the lineup by 2020, at which point Ford anticipates more than 40% of the vehicles in its portfolio will be offered with a plug-in electric hybrid or electric variation.

Among these will be the new Focus Electric, which Ford says will feature all-new DC fast-charge capabilities to allow for an 80% battery replenishment in as little as 30 minutes. This would make the next-gen Focus Electric more than two hours more efficient than the current model in terms of charging.

The new Focus Electric will also be offered with SmartGauge and EcoGuide LCD Instrument Cluster, both of which will provide drivers with customizable access to information regarding battery level and driving efficiency. It will also feature a new smart feature called Brake Coach, which will help give drivers a better sense of how their driving impacts the battery level through Regenerative Braking.

More information on the new Focus Electric will likely be revealed in the months ahead. Other aspects that Ford’s investment will cover include the development and expansion of battery technology, increased research and development efforts, and expanding EV offerings into markets including Korea and China.