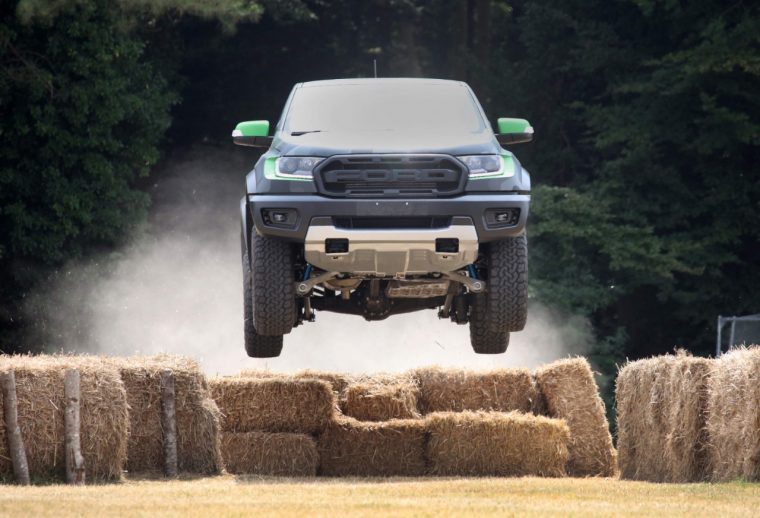 Ford isn’t hitting up the Geneva Motor Show next year, but it is planning to make a potentially significant reveal in Europe later this month at Gamescom. Ford is promising that it will “reveal a new performance vehicle — both for drivers and gamers.” Hmm. Wonder what that could possibly be.

HMM. WHAT COULD THAT POSSIBLY BE?

More Ford Performance Trucks: 2019 Ford F-150 Raptor is even meaner and more ferocious than ever

The hashtag #Raptormania and, well, the fact that the vehicle in the above video is pretty clearly a Ford Ranger Raptor certainly point to Ford announcing that it is bringing the Ranger Raptor to Europe. This would mark the first time that a vehicle has been launched at Gamescom, so Ford’s just out here busting down all sorts of barriers. Don’t tell Ford what it can’t do, mom. Video games are actually great for developing hand-eye coordination, didn’t you know? No, mom. You didn’t.

Ford also said that it will be adding this mysterious, mysterious performance truck to a forthcoming racing game. Given the fact that Ford has a pretty close relationship with Forza — the Ford GT was the cover model for Forza 6 — even money has it that the Ford Ranger Raptor will be added to the roster of vehicles available in Forza Horizon 4, which is set to arrive for Xbox One X in October.

In February of this year, Forza Motorsport 7 added a 2017 Ford F-150 Raptor Xbox One X Edition as a free gift for all players. The #Raptormania Ford Ranger Raptor that originally debuted at Goodwood and will be found at Gamescom bears a striking resemblance to that virtual performance truck with its Xbox One X-inspired black and green livery, suggesting that a similarly bedecked Ranger Raptor will be added to Horizon 4.

#Raptormania is set to come together on Aug. 21, and the results are certain to be shocking!