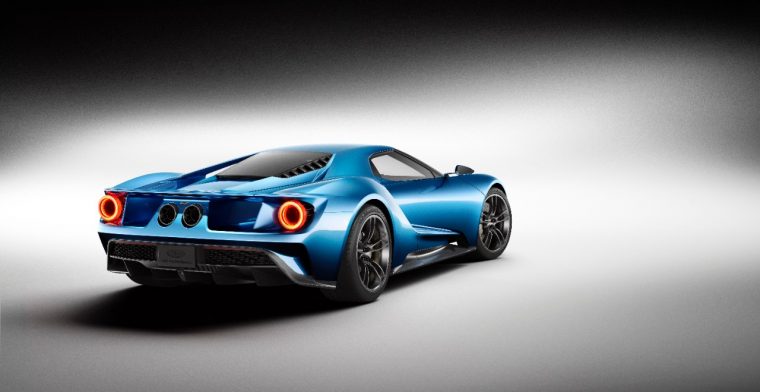 Next month, the International Consumer Electronics Show returns to Las Vegas, celebrating the latest technological advances in all major industries including automotive. In the past year, no car has proven to be more advanced than the 2017 Ford GT, and so it makes plenty of sense that it would be named the Official Vehicle of CES 2016.

FWD, AWD, RWD: Which drive configuration is the right choice for you?

“Ford GT is the ultimate execution of an enthusiast supercar—we are honored Ford GT has been named the Official Vehicle of CES,” said Raj Nair, Ford group vice president, Global Product Development. “Ford GT includes innovations and technologies that can be applied broadly across Ford’s future product portfolio—another proof point that Ford continues raising the performance bar while ultimately improving vehicles for all of our customers.”

Ford will hold its first CES news conference from 7:30-8 am PST/ 10:30-11 am EST on Tuesday, January 5th at the Mandalay Bay during CES Press Day. Ford has not announced any specific plans for the event, but it is likely that its strides in connectivity, mobility, and autonomous vehicle development will be highlighted.

Ford recently announced that it will begin testing its autonomous Fusion Hybrid sedans in California, and it was also revealed that the automaker plans to produce 13 new electrified vehicles—including an F-150 hybrid—by 2020. With regards to the 2017 GT, it was also recently announced that it will utilize Gorilla Glass Hybrid for stronger, lighter windshields.

Finally: The Rock has come back to Ford Service