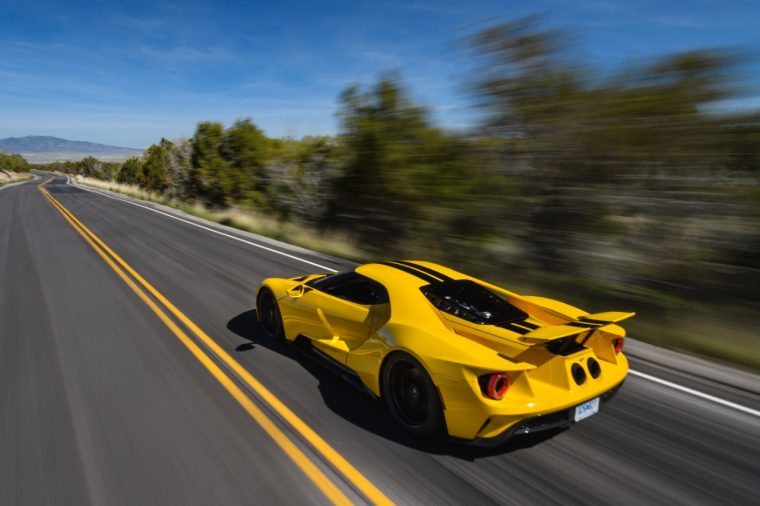 It is well established that the new Ford GT is a performance beast. It’s got Ford’s most powerful EcoBoost engine ever built—a 3.5-liter V6 that generates a whopping 647 horsepower. It offers five drive modes, including Track and V-Max modes intended specifically for optimum performance in on-track scenarios. Perhaps the biggest indication of its prowess is the fact that its race car equivalent fulfilled a destiny a half century in the making by claiming victory in its class in last year’s 24 Hours of Le Mans race.

The Ford GT had to start somewhere, and according to Ford, it all began about four years ago with a few attainable objectives and a lot of imagination.

Praise for Ford: Named one of world’s most ethical companies for a fourth straight year

“When we began work on the all-new Ford GT in 2013, the team had three goals,” said Raj Nair, Ford executive vice president of Product Development and chief technical officer. “The first was to use it as a training ground for our engineers as we develop future engine technology and stretch our understanding of aerodynamics. Then, to push the boundaries of advanced material usage, such as lightweight carbon fiber. Finally, we set out to win the Le Mans 24 Hours, referred to by many as the ultimate test of endurance and efficiency.”

Well, that’s three-for-three then, isn’t it?

With regards to the idea of the GT serving as a template from which ideas can be culled for larger-scale production models, Ford is already well at work in cribbing ideas from its supercar. For example, shortly after detailing the all-digital dashboard of the GT, Ford revealed that a similar feature would be offered for the 2018 Ford Mustang and other future vehicles. The engine used in the GT shares a great many components with the F-150 Raptor, which has become a quick hit with consumers across the globe. And Ford is investigating ways to utilize carbon fiber in future vehicles through partnerships formed with Multimatic Inc. and DowAksa in large part to support production of the GT.

How else will the development of the Ford GT be used to improve other vehicles in Ford’s lineup? Stay tuned.