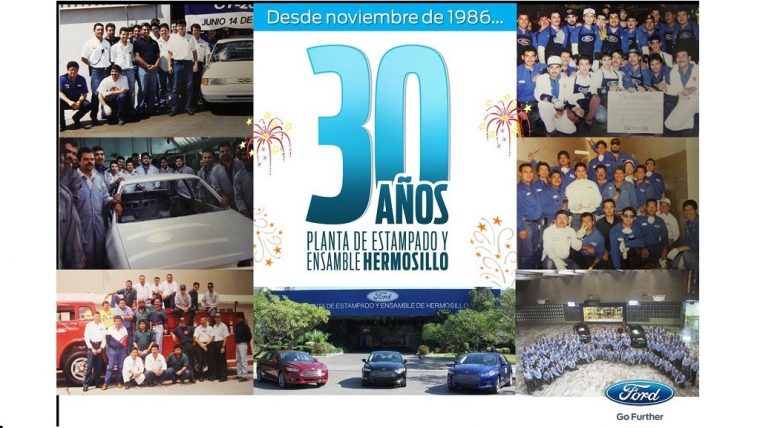 Ford on Monday celebrated 30 years since the establishment of its Stamping and Assembly Plant in Hermosillo, Mexico. Part of the ceremony that took place at the plant included the presentation of a time capsule that will be opened in ten years’ time in celebration of the plant’s 40th anniversary.

“Our commitment to Mexican talent is to contribute to their professional development,” said José Islas, Ford of Mexico manufacturing director. “Above all, we look for passionate people; the experience they get in the company prepares them for any global company challenge.”

“The challenge has always been to be at the forefront in the production of our vehicles,” said Gabriel López, president and CEO of Ford of Mexico. “The 30th anniversary of Ford’s Hermosillo plant is a clear example that including innovation, technology, and Mexican talent are key to our competitiveness and to producing better cars that are more relevant to our customers.”

Since 2012, the plant has averaged an annual output of 260,000 Fusions and 38,000 MKZs, which are sold domestically in markets such as Canada, Latin America, Korea, the Middle East, Africa, and the United States.

“For Sonora, it is an honor to have a company such as Ford with 114 hectares [of land], 3,000 employees, a large supplier base and the assembly of 1,450 vehicles a day in three shifts,” said Claudia Pavlovich, governor of Sonora, México. “This is the result of the effort, work and dedication of a great team.”