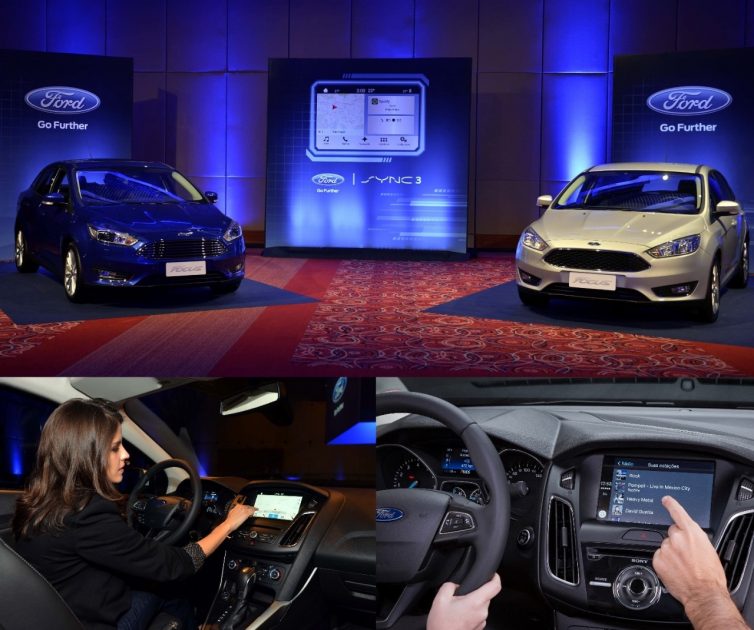 Ford announced last month at a press conference in São Paulo that its SYNC 3 connectivity system would at last be available for customers in Brazil. The latest generation of Ford’s infotainment technology will launch as part of the 2017 Ford Focus lineup. However, Ford seems to have no intention of stopping there.

“This was the first product to receive SYNC 3 and, soon, it will also be available in other Ford models that will be launched in the Brazilian market in the next months, such as the Fusion EcoBoost and Fusion HEV,” says Mauricio Greco, Ford Marketing manager.

The Focus acts as something of a technological showcase vehicle in Brazil as it is the country’s best-selling hatchback and a top-three sedan. For the 2017 model year, the Focus will also introduce daytime LED lights and a volumetric alarm to the base model, making it the most well-equipped base-model Focus ever sold in the country.

Ford’s introductory press conference also included a general overview of the automaker’s ongoing Smart Mobility plan, which aspires to turn the company away from being recognized solely as a maker of vehicles and provide a reputation having to do with mobility solutions and other technological innovations. To demonstrate the progress of Ford Smart Mobility, a video was shown.

SYNC 3 was launched in the United States in the 2016 Escape and Fiesta. Improvements over the previous generation of SYNC include faster responsiveness, more intuitive control, Siri Eyes-Free integration, and over-the-air updates.