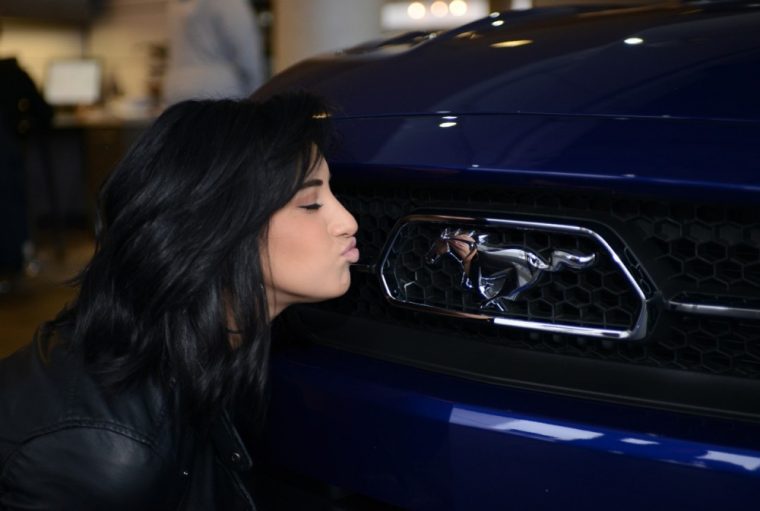 It’s no secret that the sixth-generation Ford Mustang is a popular car, as it was the only sports coupe to move more than 100,000 units globally in 2015, but did you know the new Mustang is also popular among women?

This point was proven recently when a group of 18 female automotive journalists from around the world voted the ‘Stang as the Women’s Performance Car of the Year 2016. These journalists represented a total of 14 different countries, including the US, Canada, the UK, Australia, New Zealand, Ireland, South Africa, Turkey, Scotland, Spain, India, Estonia, Argentina, and the Netherlands.

“Ford Mustang is surprisingly loved by women who are after a sexy, sporty, masculine car that turns heads,” said Juliet Potter, Women’s World Car of the Year jury member from Australia. “Combining the car’s silver-screen celebrity status with real-life practicality, Mustang screams, ‘I am in control!’ and delivers the same behind the wheel with above-average grip and suspension.”

The 2017 Ford Mustang is offered with three engine options. The most affordable Mustang model comes equipped with 3.7-liter V6 rated at 300 horsepower, but also available is a turbocharged four-cylinder engine good for 310 horsepower, as well as a 5.0-liter V8 that cranks out 435 ponies. When equipped with the V8 motor, the 2017 Mustang can accelerate from 0 to 60 mph in just 4.7 seconds.

To win the 2016 Women’s Performance Car of the Year award, the Mustang had to beat out 294 other vehicles. Its closest competition came in the form of the Ford Focus RS hatchback, which the Mustang only beat out by one point. The Focus RS also comes with a turbocharged four-cylinder engine that helps it rocket from 0 to 60 mph in less than five seconds.

It almost goes without saying that 2016 has been a rather successful year for the Ford Performance lineup, especially the Mustang pony car, which outsold both the Chevy Camaro and Dodge Challenger muscle cars this year.