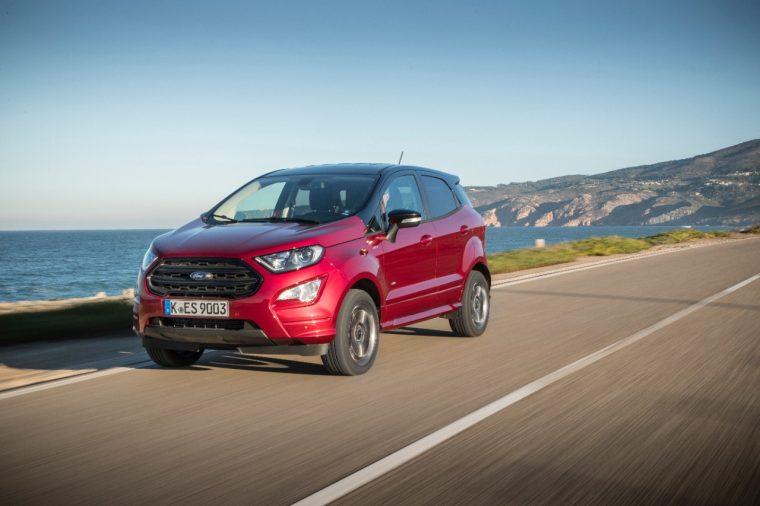 Ford of Europe saw an 8% year-over-year sales increase in February with a total of 97,400 vehicles delivered in its Euro 20 markets—good for the automaker’s best February performance in a decade. Ford SUV sales were particularly stellar throughout the month, rising 37% year-over-year thanks to record months from EcoSport and Kuga and a solid outing from Edge.

“Ford of Europe built momentum in February, continuing our best start to the year since 2008,” said Ford of Europe Vice President of Marketing, Sales, and Service Roelant de Waard. “We are growing sales in key segments, with strong performance in small cars, SUVs, and commercial vehicles, including setting new records for Focus, EcoSport, Kuga, Transit, and Ranger.”

It’s Back: Ford Ranger is on its way back to the United States after a long absence

Ready for Its Closeup: You can spot the Ford F-150 in these films and TV shows