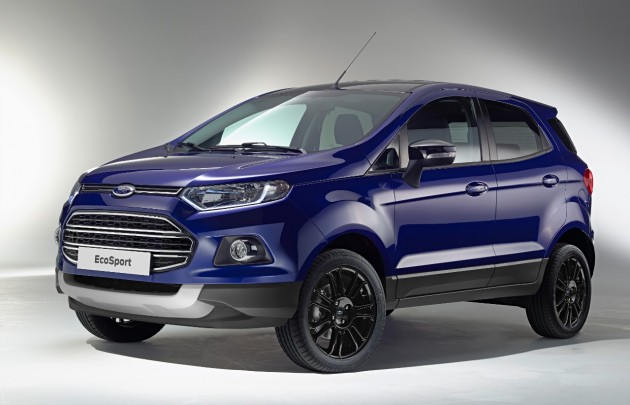 Ford of Europe enjoyed a 7.2% sales boost the 20 traditional European markets in April, a figure earned by strong sales from the new and improved Mondeo, Kuga, EcoSport, and Transit. Ford sold 106,900 vehicles during the month, maintaining a 7.9% market share.

April’s sales were so strong that Ford is changing its 2015 projections for the market, maintaining that interest in its ever-expanding lineup will bring it continued fortune in months ahead.

“The positive momentum in the market is improving, and we’re now projecting a total industry of 15.2 to 15.7 million units for 2015, up from our previous guidance of 14.8 million to 15.3 million units,” said Peter Fleet, vice president, Sales, Ford of Europe.

“We’re taking advantage of this growth in the market with our new vehicles, with sales of the all-new Mondeo up 69% year-over-year, and customer orders for the Fiesta—Europe’s best-selling small car for the past three years, and again in the first quarter of 2015—up by almost 40% last month.”

In addition to Mondeo and Fiesta, the Focus was up 21% in April, and the Kuga was up 25%. Mustang can expect continued growth in the months ahead with the rollout of the 2015 Mustang. Since opening up for orders in January, European Ford dealers have taken 2,800 orders for the revamped pony car.