Those Ford Performance Vehicles Were All Shown in Liquid Blue 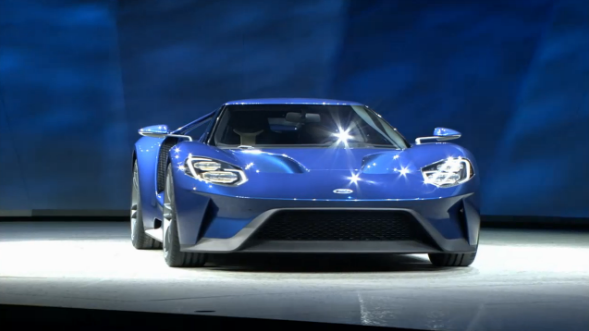 Perhaps you noticed a theme during yesterday’s presentation of the Ford Performance triumvirate of the Shelby GT350R, F-150 Raptor, and Ford GT Supercar. Well, apart from the themes of all three vehicles being insanely powerful, incredibly exciting, and really, really, really, ridiculously good-looking.

We’re talking about that beautiful, alien blue hue in which all three vehicles were presented, which Mustang6g says goes by the name of “Liquid Blue.”

The folks at Mustang6g got the scoop on Liquid Blue from none other than Steve Ling, Ford North America Car Marketing Manager. Ling confirmed the name and simultaneously broke a million hearts in two by saying that Liquid Blue is not a color that is being applied to Ford’s production vehicles.

He did, however, tease that Ford would be weighing feedback after NAIAS wraps up to determine whether Liquid Blue would be a viable option for future Ford Performance production models like the Shelby GT350R, F-150 Raptor, and Ford GT. Given that half of the internet’s reaction to Ford’s press conference was something tantamount to this…

…we think it’s fair to assume that Ford will be considering making Liquid Blue a production color quite seriously. So, yeah, you do that, Ford. Because we need it.