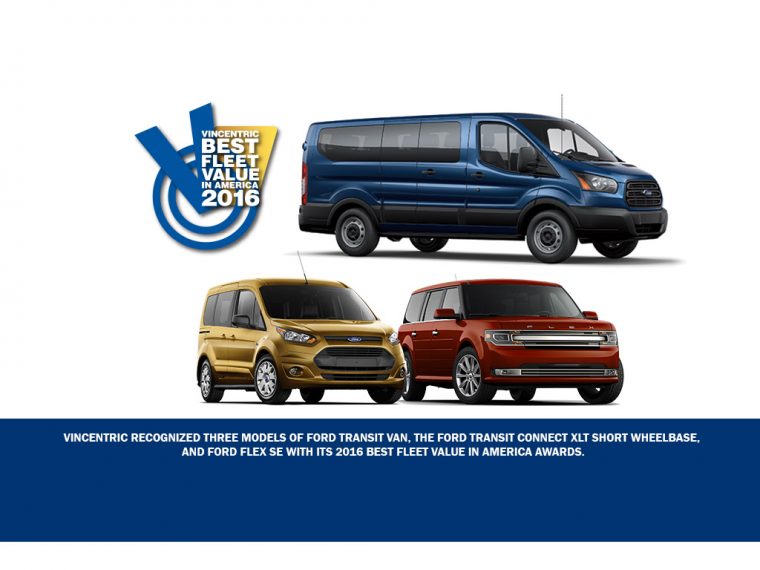 Ford on Thursday was revealed to have been the winner of seven Vincentric Best Fleet Value in America awards. The awards, which are determined based on cost-of-ownership analysis gleaned from eight different factors, named the Ford Transit, Transit Connect, Flex, and Lincoln MKS and MKC as the top dogs in their respective classes.

Ford also scored a victory when the FWD-equipped Ford Flex SE was named the best value in the large SUV/crossover category. 2016 marks the third time that the Flex has earned this honor in the Best Fleet Value in America Awards.

Every Vincentric award-winner is evaluated for its performance in all 50 states and Washington, DC, as well as in 20 different ownership and mileage scenarios. Factors upon which each vehicle is judged include depreciation, fees & taxes, financing, fuel, insurance, maintenance, opportunity cost, and repairs.

Ford took home eight Vincentric awards in 2015, including five out of a possible seven for vans.