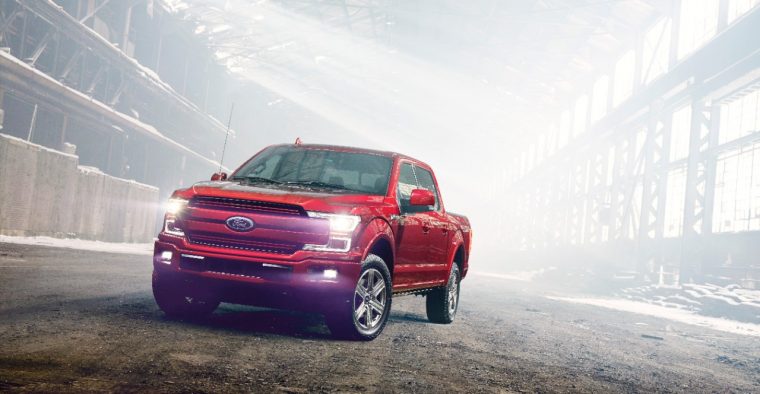 Just when you thought that Ford’s toughest, smartest, and most capable pickup truck couldn’t get any tougher, smarter, or more capable, it did.

Ford on Sunday revealed the toughestest, smartestest, and mostest capable(est) F-150: the refreshed 2018 Ford F-150. In addition to a new face and rear design, the 2018 F-150 gets a number of improvements over the 2017 F-150, not the least of which being the introduction of an all-new 3.0-liter Power Stroke® V6 turbo diesel.

“Truck customers are constantly looking to improve their productivity, for work and for play,” said Joe Hinrichs, Ford President, The Americas. “Since 1977, we’ve been America’s favorite truck, and we’ve never taken that leadership for granted. This new F-150 is our latest example of Ford’s commitment to going further for our customers through continuous innovation.” 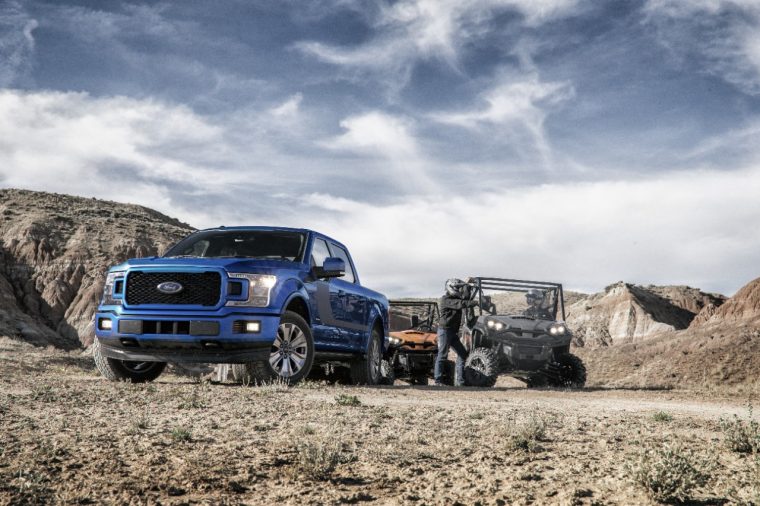 The 2018 Ford F-150 will be previewed in full today on the FOX NFL Wildcard Pregame Show, which could not possibly feed into a worse spectacle than yesterday’s affair between Houston and Oakland. Then, the new F-150 will be premiered on Monday at the 2017 North American International Auto Show.

The clearest indication of improvement in the 2018 F-150 is the presence of a new front fascia, including a new grille, headlamps, and bumpers. The 2018 Ford F-150 will also sit wider and lower than its predecessor, and it will be offered with six completely new wheel styles. The visual tweaks carry on to the back, where the F-150 gets a new sculpted tailgate and taillamps, as well as a horizontal tailgate applique. 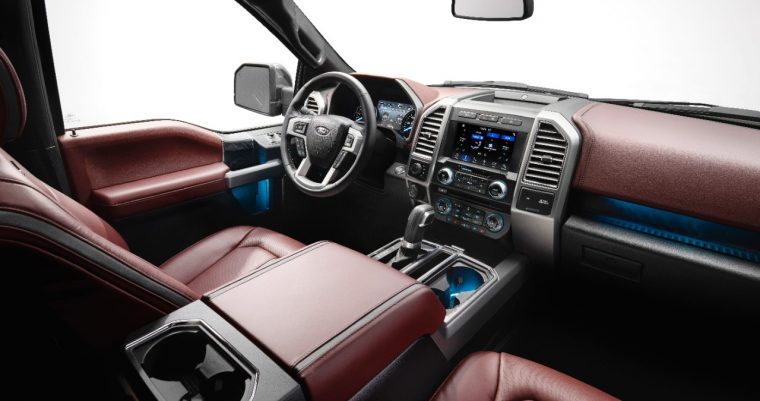 On the inside, Ford promises two new seating trim colors: Dark Marsala, exclusive to the F-150 Platinum, and Navy Pier for the line-topping F-150 Limited. The F-150 XLT Sport and Lariat Sport trims will also be offered with carbon fiber appliques, and the F-150 King Ranch will be offered with new Kingsville Appointed seats.

Arguably the biggest upgrade to the 2018 F-150 comes underneath the hood. The base F-150 will be offered with a new, standard 3.3-liter V6 that is expected to provide the same 282 horsepower and 253 lb-ft of torque as the outgoing 3.5-liter V6 base engine, only with improved fuel efficiency.

The 2018 F-150 also gets a second-gen 2.7-liter EcoBoost, which will join the 3.5-liter EcoBoost as being offered with Ford’s 10-speed automatic transmission. The same goes for the 5.0-liter V8, which is also improved to provide more horsepower and torque.

But the biggest news by far is the inclusion of the all-new 3.0-liter Power Stroke turbo diesel, paying off rumors of a diesel-powered F-150 that have seemingly persisted for as long as there has been an F-150. The F-150 diesel will also be paired with the 10-speed automatic transmission.

Ford will likely reveal more information tomorrow in Detroit, so stay tuned for more as it happens.