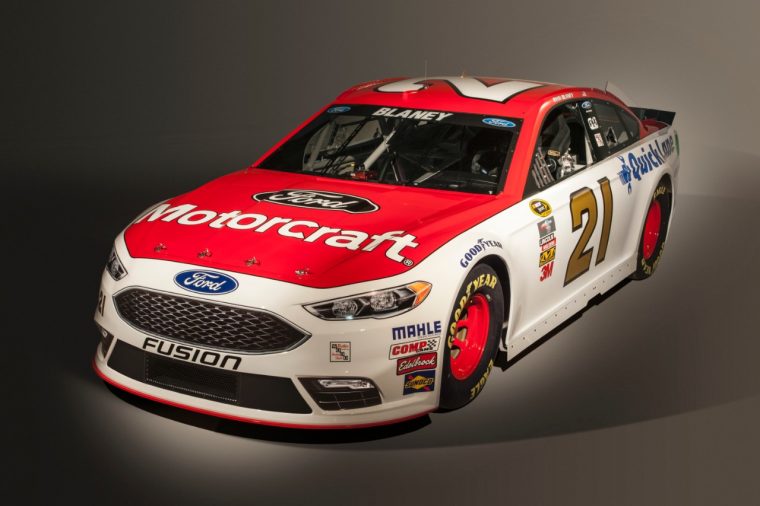 Ford announced a new Ford Fusion on Monday at the 2016 North American International Auto Show, and so it stands to reason that this would have some impact on the pursuits of the Fusion in NASCAR in the coming year. Sure enough, the new NASCAR Fusion has also been revealed, and it is ready to roll for its competition debut in February at Daytona Speedweeks.

Research the New Mustang: See what features and trims make it America’s best-seller

The new NASCAR Fusion features many of the same aesthetic hallmarks that make the new Fusion stand out, only here, we’re looking at an output of 750 horsepower at 9,000 rpm. So, you know, it’s just a bit more powerful than your typical every-day Fusion.

“There’s no mistaking we’re here to win races and championships,” said Dave Pericak, global director, Ford Performance. “And we believe the new NASCAR Fusion will be a powerful tool in the hands of our teams and drivers.

“Aerodynamics are more important than ever in this sport at the speeds these cars are running, so we used some of the best wind tunnel and computational fluid dynamics technology available to help create this new Fusion, and fortunately the Ford design team gave us a great vehicle to work with from the start.”

On the inside, the new NASCAR Fusion will also feature a digital dashboard, as has been mandated for the upcoming season, which will allow teams to toggle 16 preset screens with various information displays.

The NASCAR Fusion will make its public debut today when Sharknado 3 star Brad Keselowski takes it out for a spin during a Goodyear test session at Las Vegas Motor Speedway.

Ford’s Top Award-Winners: See many of the accolades accumulated by the new Mustang