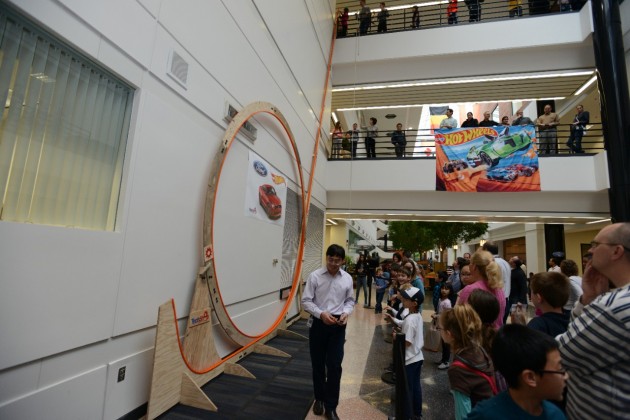 It seems like there’s a world record out there for pretty much everything. One thing that has a world record: largest Hot Wheels® track loop. The record previously belonged to a nine-foot, nine-inch tall structure built in Ohio, but after the efforts of a team gathered at the Research and Innovation Center in Dearborn, Michigan, the record now belongs to Ford.

Appropriately enough, the Hot Wheels car that completed the 12-and-a-half-foot loop was none other than a Mustang.

“On a track, a Hot Wheels car can only go so fast, so carrying the momentum of the vehicle through an entire loop is harder than you might think,” said Ford dynamometer technician Matt West. “In a world where kids are inundated with TVs and tablets, I thought teaching my son with actual moving vehicle models would be so much more rewarding, and then it took on a life of its own.” 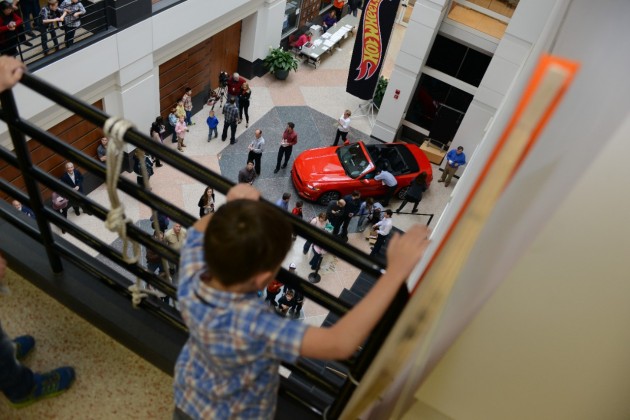 West got the idea after building similar loops with his six-year-old son, Blade, at their home in Monroe. With the help of technical expert John Jaranson and design engineer Grant Compton, the loop was designed digitally; with the help of TechShop Detroit general manger Will Brick, the record-breaking loop was built in full.

The team—including Blade—set the record during National Take Your Child to Work Day.