Veteran’s Day is tomorrow, and Ford got a jump on honoring the men and women of the armed forces by sponsoring Honor Flight Chicago on October 29.

The flight, which ran from Chicago to Washington D.C. at the end of last month, transported 91 World War II veterans to the Nation’s Capital so that they could pay a visit to memorials that honor their sacrifices and pay their respects to those fallen brothers- and sisters-in-arms who laid down their lives in defending our country.

“Ford is privileged to play a small role in what we hope is a big day of reflection, remembrance and recognition for those who fought to defend freedom, democracy and the American way of life,” said Jim Vella, president Ford Motor Company Fund and Community Services.

Ford is no stranger to working with the Honor Flight group: in May, Ford Fund helped sponsor 50 WWII veterans in their flight from Cleveland to D.C. to commemorate the 70th anniversary of D-Day. 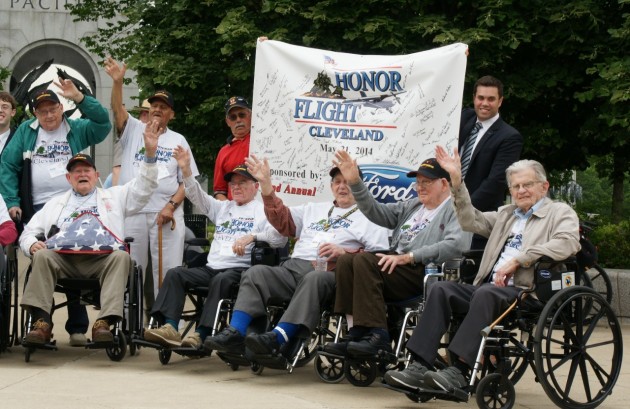 In 40 years of work, Ford and the Ford Motor Company Fund have provided more than $9 million to various American veterans organizations.