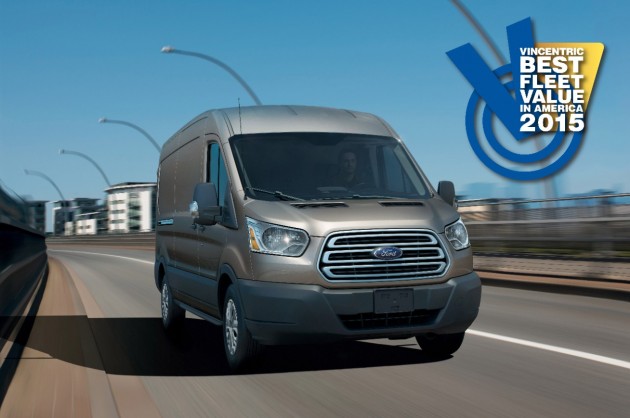 Vincentric announced the winners of its 2015 Best Fleet Value in America awards, and the results are pretty clear: if you are building a company fleet and require the use of some sort of van, you’re likely going to want to go with a Ford.

Five different variants of the 2015 Ford Transit took home five awards out of a possible seven for vans. The winners were:

Additionally, two Lincoln models were awarded for their value: the 2015 Lincoln MKZ Hybrid won the prize for premium mid-size hybrid sedans, and the Navigator took top honors for the premium large SUV segment.