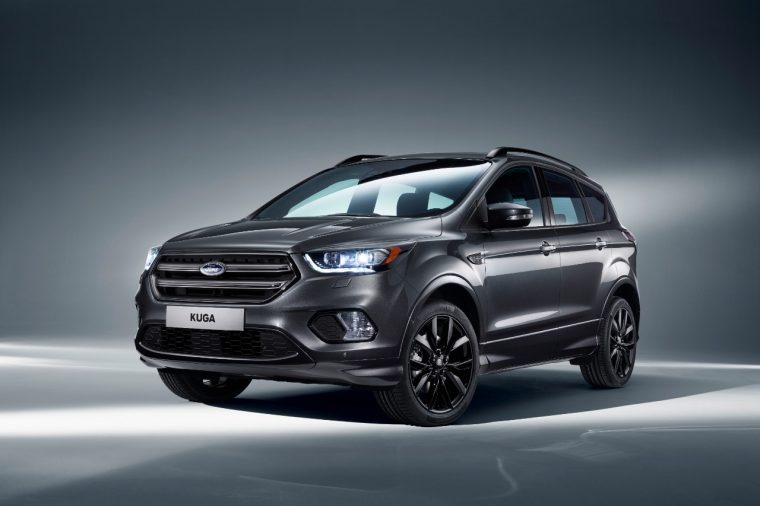 Ford has revealed the new Ford Kuga, the latest offering in its all-out effort to claim as much of the ever-expanding SUV market as possible. The new Kuga, which debuted last month at the Mobile World Congress, gets a new look, new diesel engine, and new technologies that make everything from parking to talking to friends and family easier.

“New Kuga offers cutting-edge new features and technologies that will help drivers stay connected, comfortable, safe and stylish on the road,” said Joe Bakaj, vice president, Product Development, Ford of Europe. “The sophisticated redesign has given Kuga a fresh and modern feel, while SYNC 3 enables drivers to communicate with their vehicle and connected devices in seamless ways that would have seemed impossible just a few years ago.”

The Kuga’s new exterior mirrors in many ways that of the Edge and EcoSport, including the trapezoidal upper grille, headlamp style, and ergonomic interior. New technologies include an updated version of the Active City Stop collision avoidance system and MyKey, Cross Traffic Alert and Park-Out Assist, Active Park Assist with new Perpendicular Parking, and SYNC 3 infotainment technology.

The new Kuga joins the Ford Edge and EcoSport in Ford’s lineup, signaling the automaker’s efforts to grab as many SUV sales in Europe as it can. Ford anticipates that 27% of all vehicles sold in Europe by 2020 will be SUVs, making it all the more imperative to have a diverse offering in one of its biggest markets.

Ford intends to launch at least three more new or redesigned SUVs in Europe by 2020, and it has announced plans to expand its United States SUV lineup by four new models in that same time.