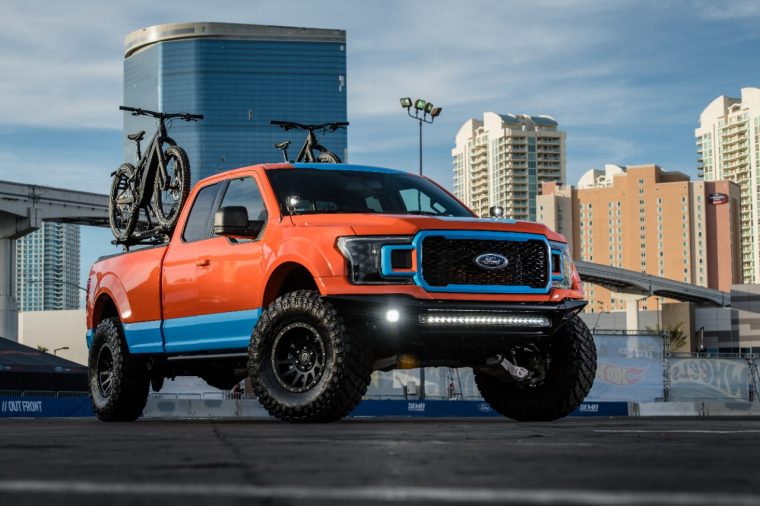 At this point, the headline “Ford Wins Multiple Vehicle of the Year Awards at SEMA” is one of those things you can just about expect to see every year. And, hey, 2018 as it turns out isn’t any different: Ford took home three top prizes at the 2018 Specialty Equipment Market Association show in Las Vegas last month, including an impressive eighth Truck of the Year award for the Ford F-150.

“Ford vehicles serve as great platforms for personalization, evident by the three SEMA Awards announced today,” said Chris Kersting, SEMA President and CEO. “Regardless of whether drivers are choosing a car, truck, or sport compact vehicle, they can be confident in knowing there’s a tremendous range of options for customization when they select a Ford vehicle.”

“We are honored that SEMA Show exhibitors have bestowed Ford with these prestigious awards,” said Hermann Salenbauch, global director, Ford Performance. “We make a point of embracing the aftermarket and appreciate this endorsement from the SEMA community as we strive to keep our best-selling nameplates among the most customized vehicles around the world.”

In addition to Ford’s considerable presence in the awards pool, Ford was once again the most-represented automaker at SEMA with more than 50 vehicles on display. 2018 also marked the eighth year that there has been a Ford Out Front demo track.

On Display at SEMA: 2019 Ford Ranger is very, very close to its long-awaited return