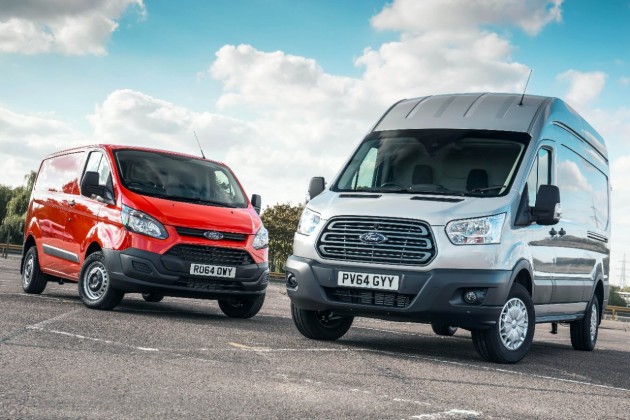 Ford’s Transit Courier won five major awards at the 2015 VansA2Z Awards in the UK, including the Editor’s Choice award and a Lifetime Achievement Award for the Transit brand proper.

The Transit Custom took home the Small Panel Van of the Year award for the third straight year while the Transit won Large Panel van of the Year. The Fiesta’s van variant was also named the Best Small Van in the land.

The Transit took home a Lifetime Achievement Award for its 50th anniversary, but its current iteration is by no means an old-timer.

“It’s astonishing to think that it has been 50 years since the first Ford Transit rolled off the production line. Since then it has become a genuine automotive legend and the foremost player in an always hard-fought UK van market. Where Transit leads, others follow.”

The Editor’s Choice-winning Transit Courier enters its first full year of sales in 2015, and it’s been a hit with customers since its arrival last year for its unique combination of utility, comfort, technology, and efficiency.