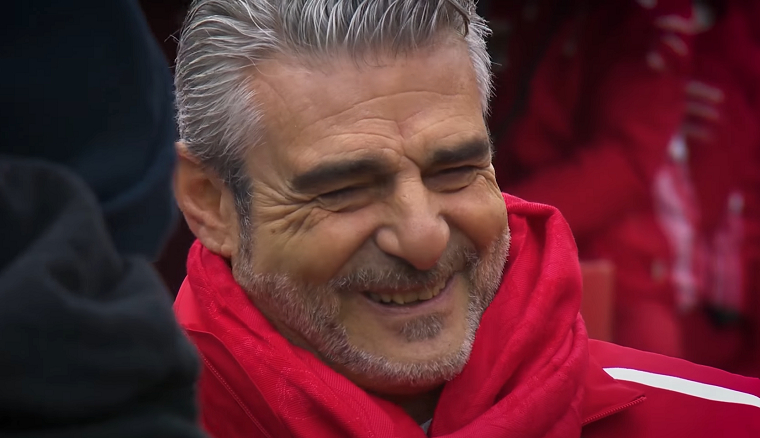 Maurizio Arrivabene, Ferrari’s team principal, is pretty happy with how testing is going

Ferrari’s Sebastian Vettel topped the charts on the second day of Formula One pre-season testing at Barcelona, setting both the fastest lap time and completing the highest amount of laps.

His rival Lewis Hamilton was not present, supposedly so as to help Mercedes avoid wasting time. The four-time champion is known to complain about the tedium of practice and has cited illness to withdraw from tests several times in the past.

After losing valuable track time in the morning because of cold conditions, Mercedes stated it did not want to waste minutes swapping its drivers. The regular one-hour lunch break was skipped and Mercedes let Valtteri Bottas continue with the testing instead of Hamilton.

“Mileage is king in F1 testing, so we want to make the most of the current conditions,” Mercedes says. “A driver swap would require switching seat, pedals, even stickers when we could be out on track.”

The strategy seemed to have paid off, as Mercedes recorded 94 laps today, just shy of Ferrari’s 98 and Williams’ 100. So far, all of the teams are extraordinarily close in terms of mileage. The top five teams are separated by only 6 laps, or 81 miles, and most of the other teams aren’t far behind. This is the closest we’ve seen all of the teams in terms of reliability since 2013.

In terms of total engine mileage, the Mercedes power unit had the best day, completing 273 laps to increase its total to 452, or 1,307 miles. So far Renault and Ferrari power units have completed 1,226 miles and 1,186 miles, respectively. Honda’s power unit has completed only 506 miles, though it is used by only one car compared to three for all the other teams (if using averages, it is actually having the best showing so far).