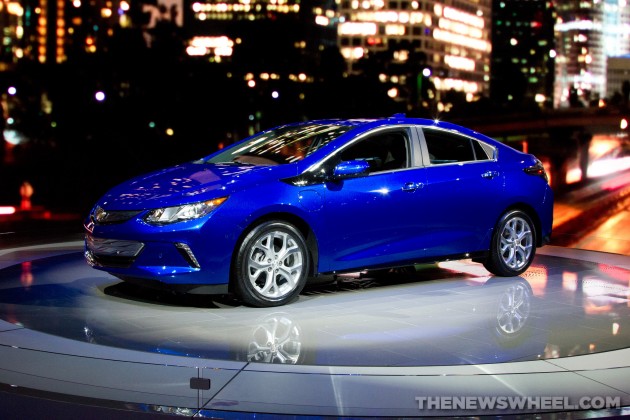 A French group named Association Amperistes et Amis des Véhicules Rechargeable is trying to change General Motors’ mind, after the American automaker announced that the new 2016 Chevy Volt electric car will not be released in Europe.

The group is making its voice heard with a change.org petition directed at GM, which reads, in part:

To continue to provide the consumers with an intermediate choice between expensive or range-limited pure electric cars and plug-in hybrids with a miserable electric range (35 to 40 real electric kilometers, and mandatory ICE start above a certain speed), it is necessary—if not essential—that a car such as the second-generation Chevrolet Volt be available on the European market…

Such a model [in Europe] will also encourage other manufacturers to make serious efforts to stop considering electric propulsion as an under-dimensioned solution in rechargeable hybrid architecture… GM has already understood that it must first be daily electric and emission-free.

The group has also photoshopped a promotional image from the Disney movie Tomorrowland to make it appear that the Volt is driving through the French countryside, and that the Eiffel Tower is taller than the Burj Khalifa: 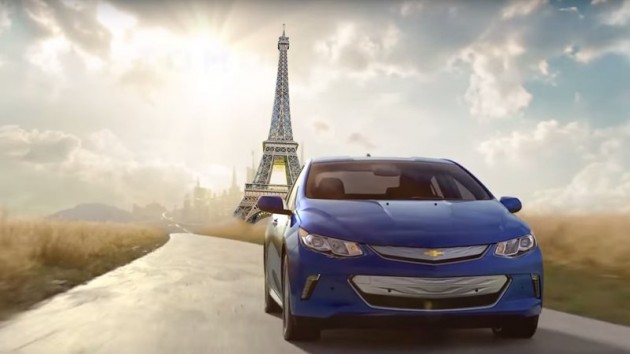 The Volt was a hit in Europe when it debuted back in 2012, being named European Car of the Year alongside the Ampera. Since then, though, sales have declined—though critics say it’s because GM failed to market or advertise the Volt.

With a longer range and better styling, the 2016 Volt might be poised for success overseas.

If you would like to help the people of France achieve liberté from the tyranny of non-Volt EVs, you can sign the change.org petition here.