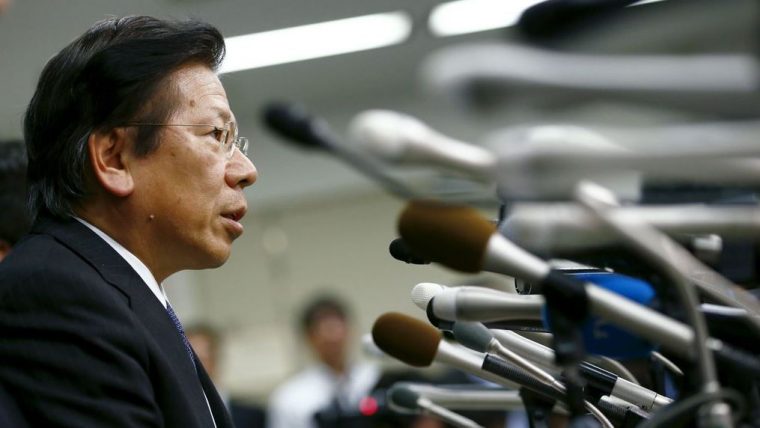 Brown stuff truly hit the fan for Mitsubishi earlier this month, when it was discovered that the Japanese carmaker had been fudging its domestic fuel economy tests. This cheating scandal, which some say is on par with Volkswagen’s Dieselgate, rocked Japan’s car market and affected over 600,000 vehicles including the Mitsubishi eK Wagon, Mitsubishi eK Space, Nissan Dayz, and Nissan Dayz Roox.

After the scandal’s discovery was announced, there was a metaphorical hurricane of information released, showcasing just how the brand cheated. By tampering with the “coasting test” method of determining fuel efficiency, Mitsubishi was able to post higher fuel economy numbers for its vehicles than the vehicles actual numbers, leaving many consumers stuck with cars that aren’t as eco-friendly as they thought.

The information also caused many of Mitsubishi’s global markets to demand confirmation that the brand didn’t cheat in other fuel economy tests, too. In the United States, the Environmental Protection Agency (EPA) went as far as ordering Mitsubishi to conduct additional “coast down” tests on its US models.

As of last week, Tetsuro Aikawa, president of Mitsubishi Motors, has stepped down. After only two years on the job, it was announced that Aikawa’s resignation will take effect on June 24, the date of Mitsubishi’s annual shareholders meeting.

There were two reasons why the outgoing president decided to step down—both of which aren’t too surprising.

First, Aikawa was the engineer—and eventual director—of Mitsubishi’s r&d division, which cheated on the fuel economy tests. As if that alone wasn’t enough reason for him to step aside from his position as president, Nissan has also gained a controlling 34% of Mitsubishi. This means that the president’s departure will also pave the way for a new development chief, who Nissan will appoint as part of the companies’ alliance.

Tetsuro Aikawa’s resignation isn’t the only one happening in Mitsubishi’s executive lineup. Ryugo Nakao, the executive vice president in charge of quality and production strategy is also resigning. Supposedly, even Mitsubishi’s CEO Osamu Masuko will eventually leave the company, too, after Nissan completes its planned purchase of the 34% stake. Until then, Masuko will continue handling the resigned officials’ duties.

Nissan has officially taken over 34% of Mitsubishi

When Nissan finally decided that it had enough of Mitsubishi’s crap and took the controlling 34% stake in the latter, it added one big catch. If Nissan discovers any more “surprising” items in Mitsubishi’s books that show that the brand has cheated outside of Japan, the deal is off and Mitsubishi is done.

Luckily for Mitsubishi, Nissan’s Chief Executive Carlos Ghosn believes that the brand has no need to worry.

“We are determined to preserve and nurture the Mitsubishi Motors brand,” said Ghosn during a joint press conference in Yokohama, south of Tokyo. “We will help this company address the challenges it faces, particularly in restoring consumer trust in its fuel economy performance.”

With its 1/3-share stake in Mitsubishi, Nissan can nominate a third of Mitsubishi Motors’ board, which will likely have a Nissan executive leading it. As Nissan begins the slow takeover of Mitsubishi, Ghosn has stated his plans to share and develop technology with Mitsubishi, while also coordinating purchasing, plant utilization, and market growth.

Even better? Nissan can take advantage of Mitsubishi’s popularity in Southeast Asia, a market where Nissan has been struggling of late.

It will be interesting how Nissan’s influence over Mitsubishi affects both brands’ futures. Who knows? There’s bound to be some interesting technology to come out of this partnership.