GM Announces Plan to Use 100 Percent Renewable Energy by 2050 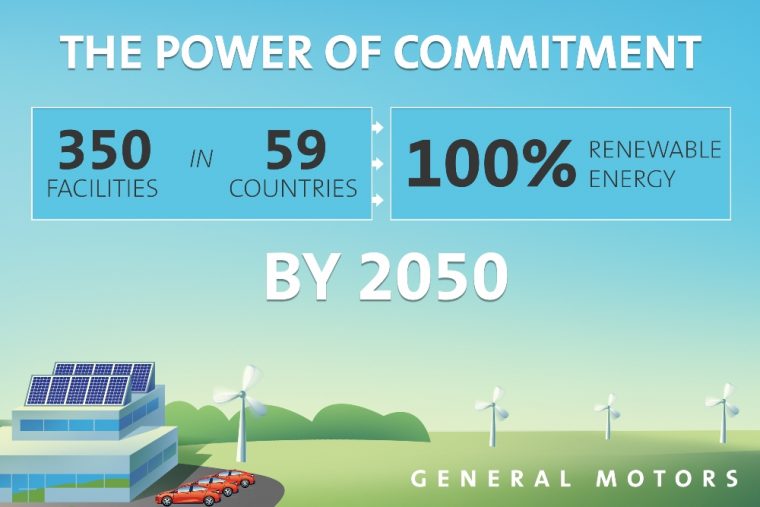 In 2015, GM needed 9 terawatts of electricity to operate all of its factories, warehouses, offices, and research centers
Photo: © General Motors

The General Motors Company already saves $5 million each year by using renewable energy, but that doesn’t seem to be good enough since the automotive company recently shared plans that it intends to use 100% renewable energy by 2050.

That means in just 34 years, GM plans to generate or source all of the power used in each of its 350 operations around the world. Some of the renewable energy sources the company plans to use include landfill gas, sun, and wind energy. 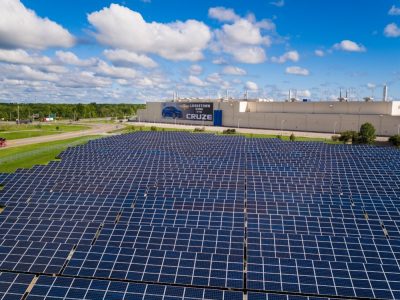 General Motors doesn’t plan to wait long to advance this project, as the company is already in the process of adding 30 megawatts of solar arrays to a couple of its facilities in China. GM currently has 22 facilities that are using solar arrays, three facilities receiving power from landfill gas, and four more that will eventually be using power that’s harnessed from the wind.

It’s estimated that GM has saved up to $80 million throughout the last 20 years because of its use of renewable energy. In addition, GM is helping to reduce its carbon footprint even more through the development of eco-friendly vehicles such as the Chevrolet Volt plug-in hybrid and Chevy Bolt electric vehicle.

“This bold and ambitious commitment from General Motors will undoubtedly catch the attention of the global automotive industry,” said Amy Davidsen, North America executive director at The Climate Group. “GM has already saved millions of dollars by using renewable energy, and like any smart business that recognizes an investment opportunity, they want to seize it fully. We hope that through this leadership, other heavy manufacturing companies will be inspired to make the switch too.”

To further prove its commitment to using renewable energy, GM has also joined RE100, which is a group of businesses that share the common goal of utilizing 100% renewable electricity.