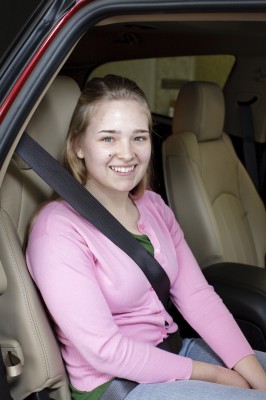 The famous “Click it or Ticket” campaign from the National Highway Traffic Safety Administration (NHTSA) is reportedly opening with its first increase in unrestrained passenger fatalities in five years. As such, General Motors and OnStar are joining the charge in ensuring vehicle occupants have all fastened their seatbelts.

“Customer safety is on the forefront of everything we do. It is essential for the safety of our customers’ and all drivers’ safety to develop the habit of buckling up each and every time they get into their vehicles,” said Jeff Boyer, vice president, GM global vehicle safety. “We continue to support this program by NHTSA to remind our drivers to buckle up each time they start their vehicles while also developing other safety features like our Belt Assurance System.”

The NHTSA reports that buckling up is the single most effective way to reduce motor vehicle fatalities. An estimated 12,174 deaths were prevented in 2012 because of seatbelts; nearly 63,000 lives were saved between 2008 and 2012.