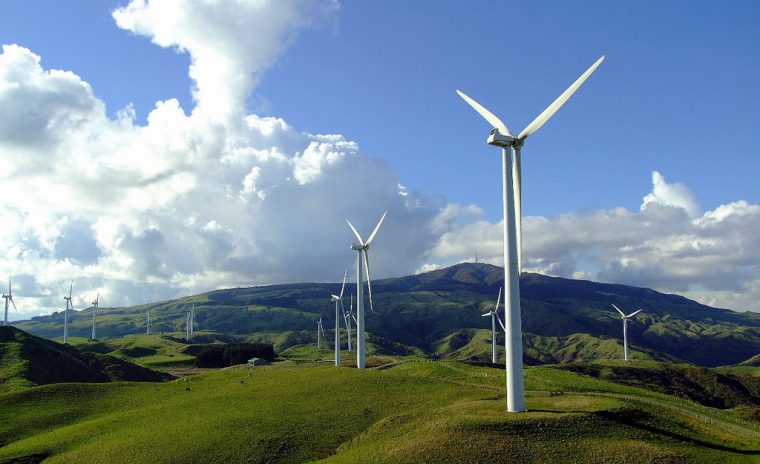 Can you build cars with all the colors of the wind?
Photo: Jondaar_1/Flickr

Designing and creating electric and hybrid vehicles is only the beginning of what automakers can do to practice sustainability. Sometimes, it’s even more important for automotive brands to look at how efficient their manufacturing plants and business centers are.

Working toward a goal of 100% renewable energy, General Motors took the time to examine its own domestic facilities. As a result, all of GM’s Ohio and Indiana manufacturing plants are set to be powered by energy from wind farms moving forward.

GM announced that it is purchasing a total of 200 megawatts of wind energy from wind farms in Ohio and Illinois to power its manufacturing facilities in both Ohio and Indiana. Included in the plan are the factories where the Chevy Cruze, Silverado, and GMC Sierra are assembled.

Once the plans are finalized, GM will be the sole user of the Northwest Ohio Wind farm, which will produce half of the energy required. The other half will come from the HillTopper Wind Project in Illinois’ Logan County.

Going green is not only helping GM save the planet; it’s also saving GM money in the long run. Over the course of several decades, GM is estimated to have saved $5 million annually by investing in renewable energy.

“We’re helping provide solutions to green the grid through these new renewable energy deals and sharing best practices with other companies so they too can reduce risk and energy costs,” said Rob Threlkeld, GM’s global manager of renewable energy. “With a pragmatic strategy, companies can turn ambitious renewable energy goals into action and scale quickly.”

The wind-powered facilities in Ohio and Indiana should be up and running very quickly as well, with an estimated conversion date near the end of 2018.