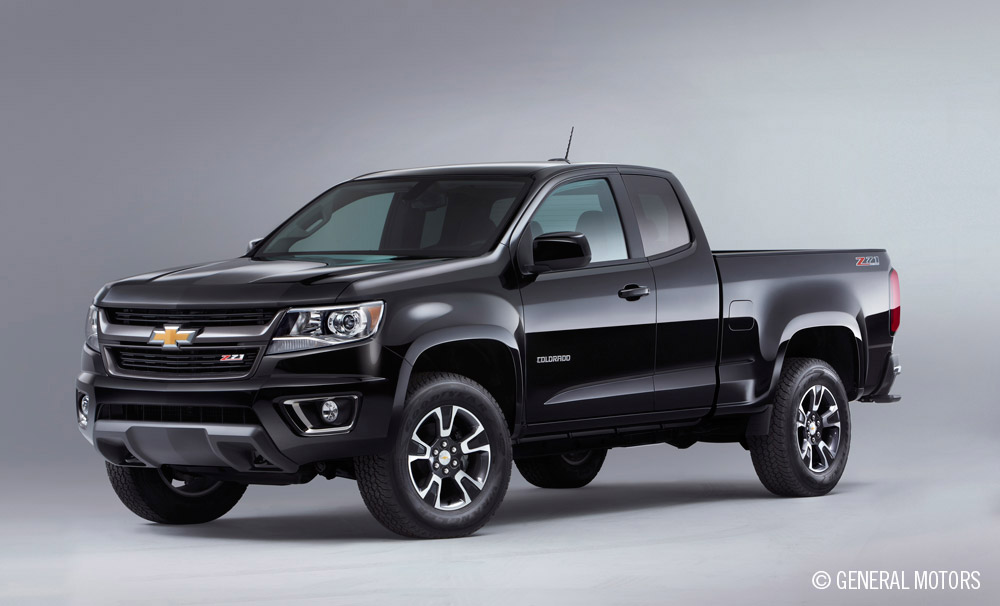 Following its unveiling at the Los Angeles Auto Show, the upcoming 2015 Chevy Colorado has been the talk of the town. The model is now available for viewing on Chevrolet’s site, where you can customize it to your heart’s content. The first things we played around with upon visiting were the 2015 Chevy Colorado color options because, well, there are so many of them to choose from.

Eight will be immediately available when the car comes to market in the fall of next year, and the final two are going to be available at a later date, although Chevrolet hasn’t specified when.

(You’d think they could have found something a little more creative than black. Magician’s Hat Black or Daffy Duck Black or even What Should We Name This Black. But no, creativity stops after the rain forest.)