Hennessey Chevy SS Does an 11.84 Second Quarter-Mile, is Just Silly 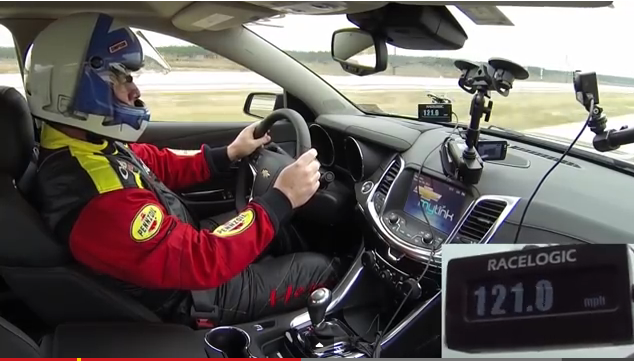 Custom tuner Hennessey Performance has done it again, taking an already-stout performance car and taking it up another notch (or twelve). The Houston, Texas-situated tuning shop took the 2014 Chevrolet SS—which already gets 415 horsepower from its 6.2-liter V8—and upgraded it with a TVS2300 Supercharger system, Hennessey Air Induction system, and a new fuel injector and fuel system. The result, the HPE600 Supercharged Hennessey Chevy SS, can run a quarter-mile in 11.84 seconds at 117 miles per hour.

Need a further demonstration of the unrelenting power of the Hennessey Chevy SS? How about a video of the same Supercharged SS doing 163 miles on a toll road in Texas?

Are you the owner of a 2014 Chevy SS who finds yourself thinking sure, yeah, that’s fast and all, but it could always stand to be faster. All right, then: Hennessey offers other upgrade packages for the SS, topping out with the HPE1000 Twin Turbo upgrade kit. In case you aren’t entirely sure what the acronym means, we’ll fill you in: 1,000 horsepower.