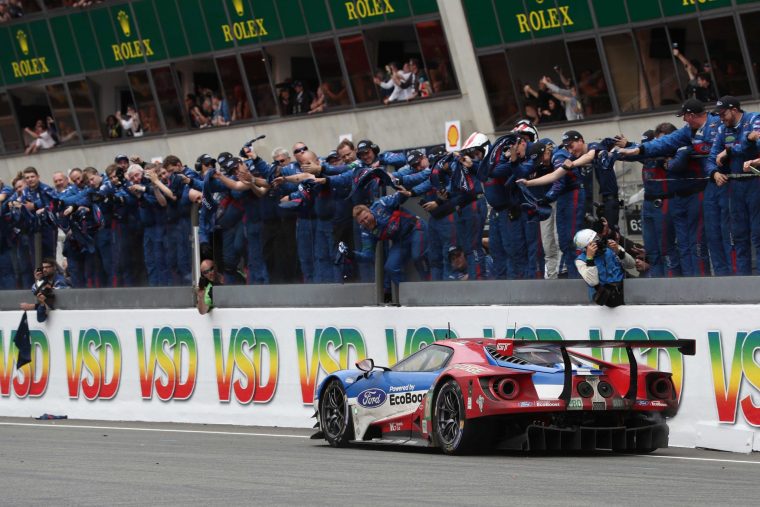 There is the saying that history has a way of repeating itself, and it was a saying that Ford was very much banking on when it announced last year that it was bringing its newest GT race car to the 24 Hours of Le Mans a half-century after it shut Ferrari out from the podium and began a four-year stranglehold at the Circuit de la Sarthe. Today, Ford almost repeated history to the number, with the No. 68 Ford Chip Ganassi Racing Ford GT winning the LM GTE Pro Class, followed by the No. 69 Ford GT in third and the No. 66 in fourth.

The pole-sitting No. 68 Ford GT—driven by Dirk Müller, Joey Hand, and Sebastian Bourdais—spent most of the 24-hour race at the top or around the top of the heap, ultimately winning the LM GTE Pro Class and finishing 18th overall.

A special moment for Edsel B. Ford II and Bill Ford on the podium following the #LeMans24 victory pic.twitter.com/vojpmBpt33

The second-place finish went to the No. 82 Risi Completizione Ferrari 488 driven by Giancarlo Fisichella, Matteo Malucelli, and Toni Vilander; there is some degree of controversy in that the No. 82 car refused to pit with less than 30 minutes in the race after being given a black-and-orange flag for a faulty leader light, and while the refusal to pit typically yields a disqualification, it was not enforced in this instance. 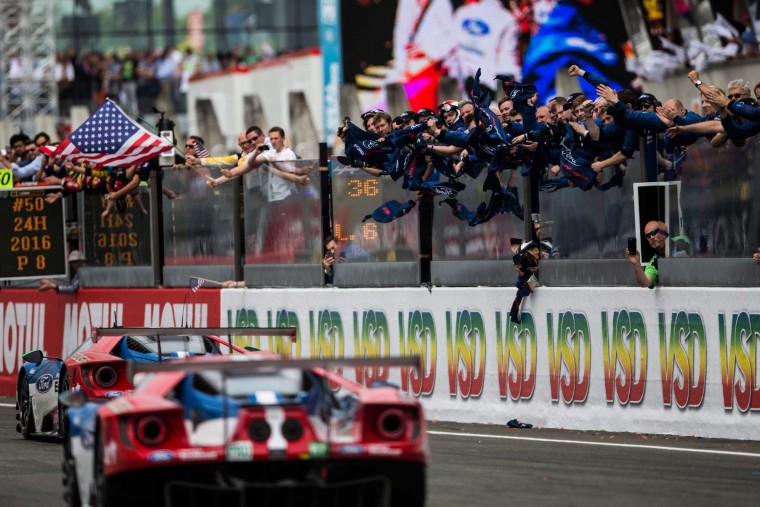 The fourth Ford GT in the field, the No. 67 car, was hampered early by problems with its gearbox that put it two laps behind the field, and later when it crashed (albeit lightly) into a retaining wall). The No. 67 Ford GT finished ninth in the LM GTE Pro Class and 40th overall.