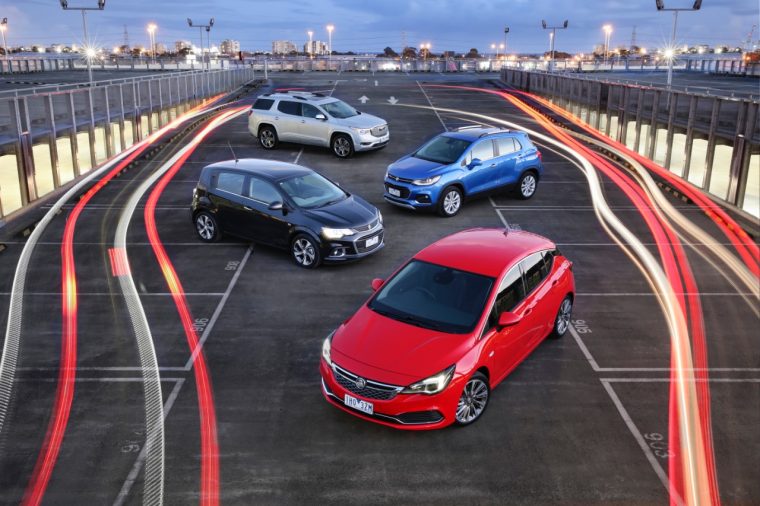 Earlier this month, Holden held a special event at the GM Australia Design Studios that saw the debut of five new, highly-anticipated vehicles. The headliner was arguably the American-sourced, next-generation, seven-seat Acadia, which is set to arrive in showrooms by 2018.

Holden also revealed the Astra hatchback, Barina, Trax, and Trailblazer. The five vehicles represent just a fraction of Holden’s promised 24 new vehicles by 2020, a pledge that gets underway in earnest this month with the official launch of the Holden Colorado.

“From the September 1st launch of Colorado, Holden will launch five new vehicles over the next five months to accelerate our showroom revolution,” said Holden Chairman and Managing Director Mark Bernhard. “This level of launch activity hasn’t happened at this company for nearly 15 years and signals our intent loud and clear.”

In addition to launching the Colorado this month, Holden plans to release the Trailblazer in October, the Astra and Barina in November, and the Trax in January.

“We’ve already talked a lot about the all-new Astra hatch, the reigning 2016 European Car of the Year, joining our showrooms later this year, and the new Barina is a beautiful offering to join the Spark in rejuvenating our small-car portfolio,” said Bernhard. 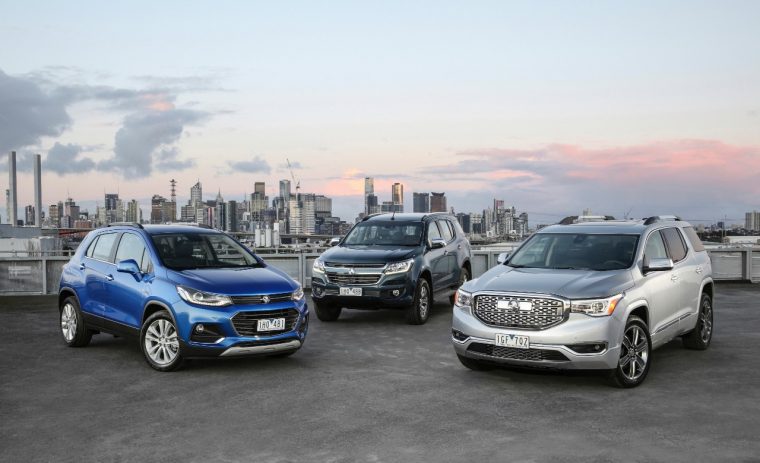 “I’m particularly excited, however, to reveal further details around our SUV strategy, headlined by the all-new, seven-seat Acadia. Alongside Trax, Trailblazer, and another all-new global SUV that we’ll add to our portfolio soon, Holden will introduce four new SUVs by 2018. This puts us in a great position in the fastest-growing segment of the market.”

More details about the newly revealed models are likely to be revealed prior to their respective launches.