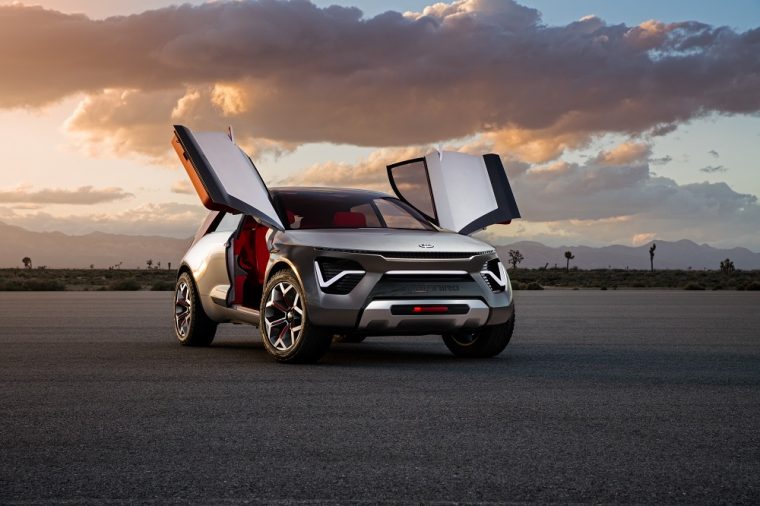 Today Kia unveiled a sizzling new concept vehicle at the New York Auto Show: the HabaNiro. This spicy new ride represents the vision of Kia’s electric future. This too-hot-to-handle SUV is fully electric, seats four, is equipped with all-wheel drive, and has an All Electric Range of 300 miles. To add some extra flavor, its butterfly wing doors open up and out, revealing a flaming red interior.

Ever so delighted by this fiery concept, Michael Cole, KMA chief operating officer and executive vice president said, “We couldn’t be more proud of our design center. The HabaNiro is a genius work of skill and imagination. Not only does its beautiful design incorporate the needs of future mobility, but its engineering and technology anticipate the way people will want to move in the near future.”

Horrible puns aside, what Kia has done with the HabaNiro is truly futuristic. From its metallic gray cladding along its Pearl White tri-coat exterior to its razor thin LED headlights that pulse like a heartbeat, this thing screams INNOVATION. Meanwhile, the bright Lava Red aero panel, extending up and over the roof, helps define the already bold C-pillar. More red-hot accents can be found on the HabaNiro’s wheels, which sit on the corners of the vehicle, giving it a confident, athletic stance.

Is Your Credit Score on Fire? Here’s how to check your status

The Lava Red theme extends to the interior of the Kia HabaNiro, which is accented by bouclé (fancy yarn) fabric-trimmed seats that appear to be floating within the cabin. You won’t find anything traditional inside this concept, as classic rectangular screens and old-school knobs have been replaced with a full-width front windshield Heads-Up Display. The innovative tech is controlled by a concave acrylic instrument panel, which is an interactive touchpad display with Sensory Light Feedback. 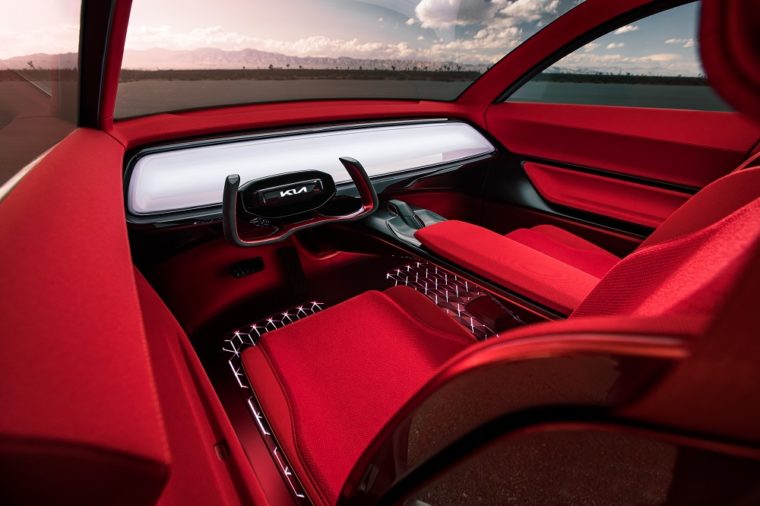 Don’t extinguish the thought of a production version

While you might not expect an exhilarating vehicle like the HabaNiro to come to fruition, Kia would like to remind everyone that it has launched two recent (and incredibly well-received) vehicles — the Stinger and the Telluride — which were both introduced as concepts. Maybe we won’t get the butterfly wings or the full-width HUD, but you’ll definitely want to keep an eye out for hints of the peppery HabaNiro in future production vehicles.