How to Get Around Walt Disney World 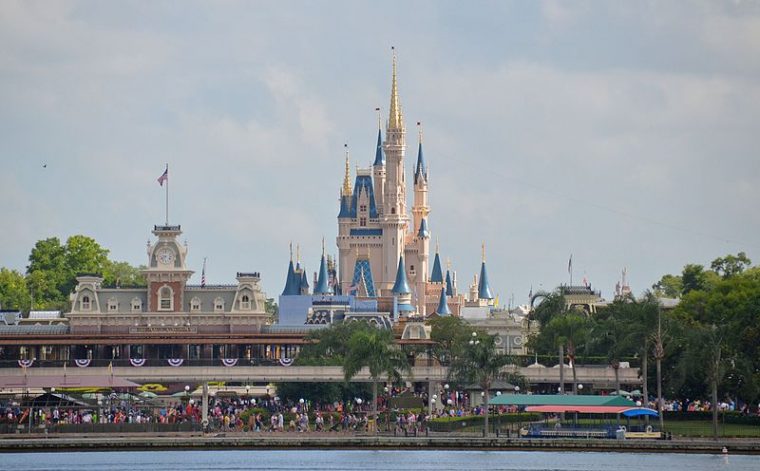 Modes of transportation at the “Most Magical Place on Earth”
Photo: Clément Bardot

The Walt Disney World Resort in Lake Buena Vista, Florida, is a lot larger than many first-time visitors realize. In fact, the property covers approximately 25,000 acres, or right around 40 square miles.

With four theme parks, two water parks, and more than 25 hotels on property, making your way to each of these Disney destinations can seem like an arduous task. Fortunately, there is an assortment of transportation options available for guests who are staying at Walt Disney World.

Fun in the Sunshine State: Try out these fun things to do in Florida 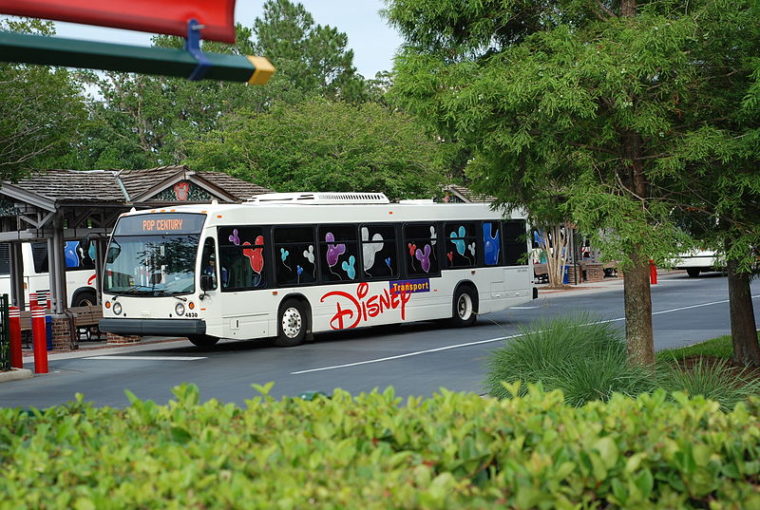 Photo: ManopIf you’re staying at any of the Walt Disney World hotels, you’ll have free-of-charge access to the resort’s exclusive bus service. Buses are available to take you from your hotel to any of the Disney theme parks or the Disney Springs shopping area. Guests who aren’t staying at a hotel can also utilize the buses for free to get from park to park.

Buses generally operate at 20-minute intervals. They usually start heading to the parks 45 minutes prior to park opening, with return service running until 2 hours after park close. The last bus will depart to the parks one hour prior to the park in question closing.

Be sure that you don’t board the Disney Magical Express if you want to stay on property. This specially-marked bus takes visitors back to the Orlando International Airport at the end of their trip. 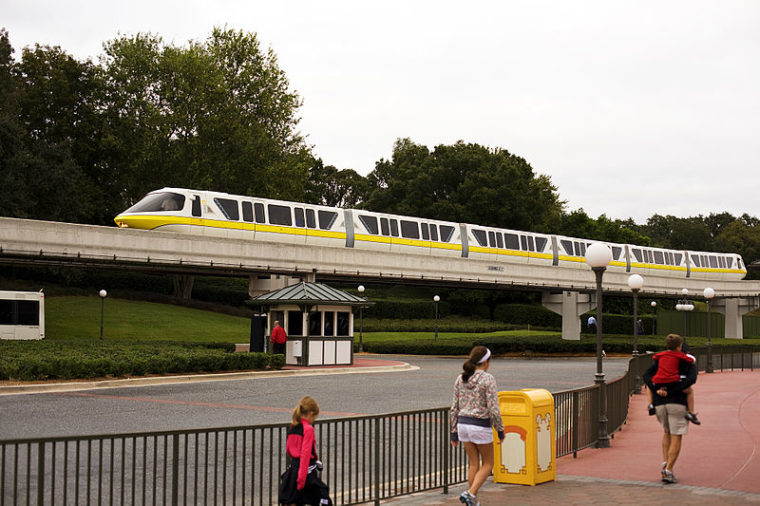 Along the way, you’ll have to transfer monorail tracks at the Transportation and Ticket Center, situated between the two parks. The monorail also makes stops at a select number of resorts near Magic Kingdom, including the Grand Floridian Resort and Spa, the Polynesian Village Resort, and the Contemporary Resort. The monorails even run directly through the Contemporary Resort’s interior. 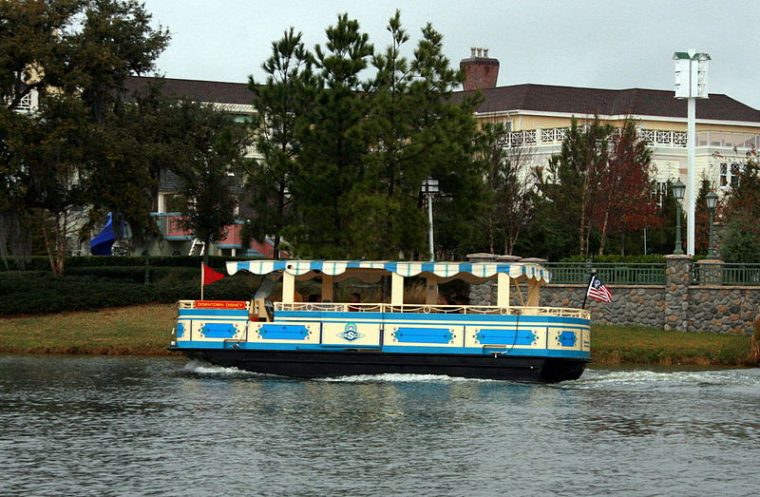 As the Walt Disney World property is dotted with lakes, another way to travel is by watercraft. Instead of boarding the monorail to reach Magic Kingdom, you can hop on a ferry.

Another watercraft goes between Epcot and Disney’s Hollywood Studios. Along the way, it makes stops at the BoardWalk Inn, Beach Club Resort, Yacht Club Resort, and Swan and Dolphin Hotels.

Finally, select hotels have access to watercraft that travel to Disney Springs. Among these resorts are the Port Orleans Resorts, Old Key West Resort, and Saratoga Springs Resort and Spa.

While you obviously can’t walk around the Walt Disney World Resort without encountering busy intersections and roads, there are certain areas that you can walk between, thanks to designated pathways. For example, you can walk to Magic Kingdom if you’re staying at the Contemporary Resort. There is also a path that connects the Polynesian Village and the Grand Floridian Resorts.

Disney Springs is accessible via walking paths to the Old Key West Resort and Saratoga Springs Resort. Furthermore, several of the hotels are connected to each other via these walking paths, such as the Pop Century Resort and the Art of Animation Resort. 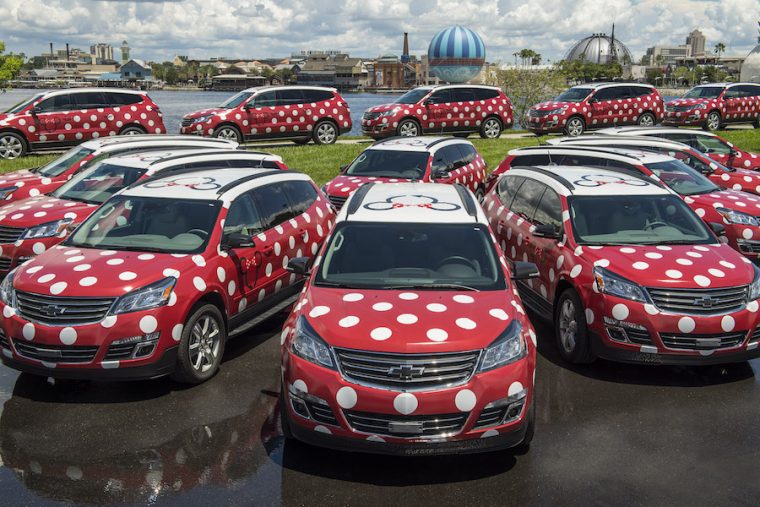 If you’d rather not bring your car to Disney World or take the bus, you can always get around using the resorts Minnie Van Service. This program was launched in partnership with Lyft. These vans are polka dot-covered Chevy Traverse vehicles, designed to look like Minnie Mouse herself. Each vehicle can seat up to six guests.

These vehicles can also be used as transportation to the Orlando International Airport. Ride prices vary, but cost somewhere around $25.

There is an overnight parking charge at each resort, running between $13 and $24 per night. Meanwhile, standard parking at the parks starts at $25 per day, with preferred parking costing $50 per day. Once you pay the parking fee at one theme park, you will not be charged for parking if you visit any of the other parks that day. 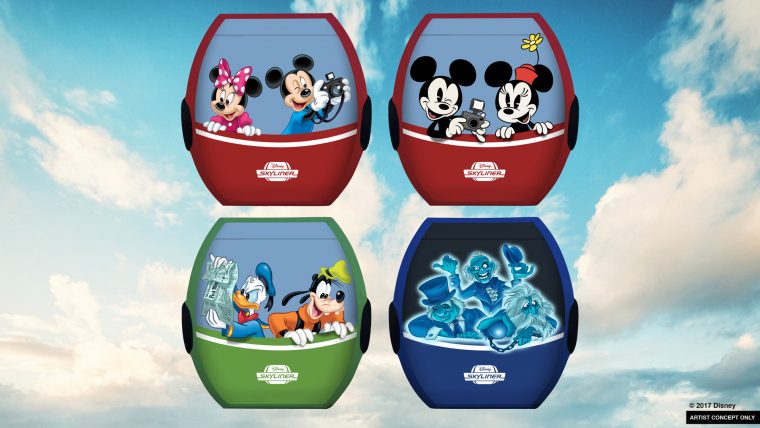 Walt Disney World is currently working on a new way to get around the resort: the Disney Skyliner gondola system, set to open sometime in the fall of 2019 to coincide with the opening of Star Wars: Galaxy’s Edge.

The gondolas, which are decorated with different Disney characters, will connect Disney’s Hollywood Studios with Epcot. They’ll also make stops at the Art of Animation Resort, Pop Century Resort, and Caribbean Resort, along with a station at the upcoming Riviera Resort.

Don’t Take the Beach Home with You: How to get sand out of your car

As you can see, there are many ways to get around the Walt Disney World Resort during your stay. Choosing the right one for you and your crew will help you make the most out of your Disney vacation.