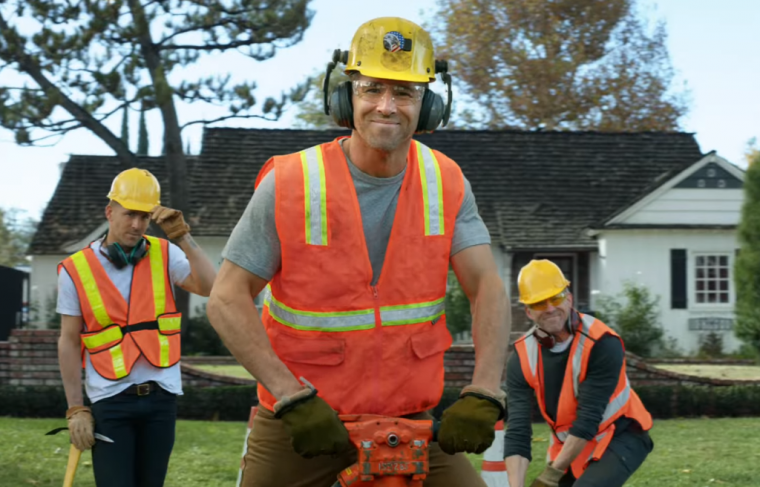 To advertise the next-generation 2017 Elantra, Hyundai Motors has given us a glimpse into Ryan Reynolds’ self-centered mind. And unfortunately, we don’t mean Deadpool’s derisive, foul-mouthed antics.

In the new Hyundai commercial, which will air during Super Bowl 50 on February 7th, two unsuspecting ladies drive through Ryanville—a suburban town inhabited by many iterations of Hollywood actor Ryan Reynolds. Are the two drivers strong enough to avoid being distracted by this man candy?

In Ryanville (population: yes), only Hyundais are driven and only Ryan Reynolds is a resident. Yes, the entire suburban town–cyclists, construction workers, joggers, and dog walkers–is populated by Ryan Reynolds’ many (and cocky) alter-egos. It almost feels like something from The Nines.

Two “innocent” women slowly cruise their blue 2017 Hyundai Elantra down the road to soak in the sight of Reynolds doing…everything. Perhaps this isn’t the first time they drove down this road…

The female drivers’ attitudes quickly go from excitement to swooning to full-on arousal. The ladies become exceptionally giddy after nearly hitting him with their car, which uses Auto-Emergency Braking with Pedestrian Detection. The reaction isn’t surprising; hitting Ryan Reynolds with a car would make many people excited. 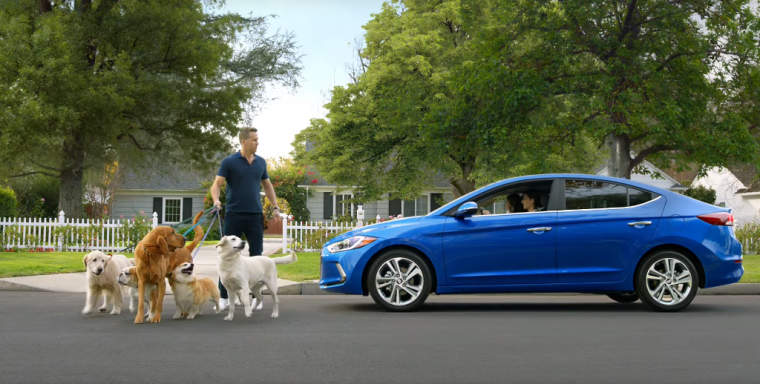 If you’re expecting his Deadpool character to appear—as he has been popping up everywhere recently—you’ll be disappointed. Most of the time, actor Reynolds doesn’t even speak—he’s just stared at. That’s unfortunate, considering how humorous Ryan Reynolds typically is on film. “Ryan gave us so many funny moments, we could have made five more commercials,” Barney Goldberg, VP Hyundai’s creative group, even stated.

While most of us will be watching the Super Bowl for the Panthers and the Broncos, apparently some women will be taking a drive down Lust Lane to fantasize about Ryan Reynolds—which, obviously, is nowhere near as sexist as men drooling over women in Super Bowl ads.

The commercial will run during the second quarter of the big game. It’s directed by Peter Berg, who also has helmed big-budget blockbusters like Battleship and Hancock. As the official automotive sponsor of the NFL and Super Bowl 50, Hyundai has three other commercials lined up for Sunday’s game.