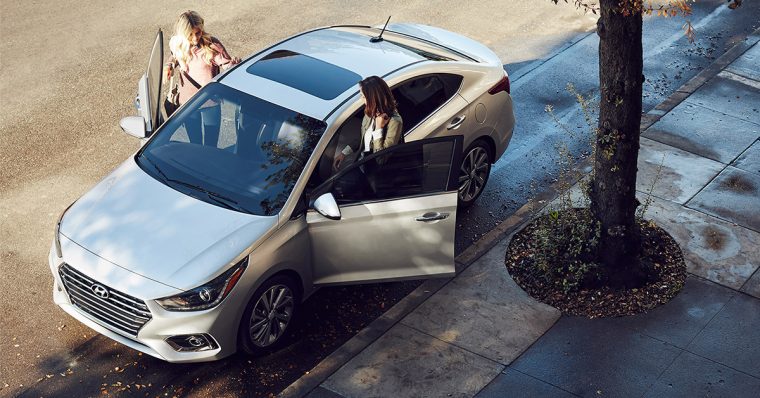 Recalls have been in the news a lot lately — from the Takata air bags to faulty ignitions. When you’re in the market for a car, especially a used car, having the right information about a vehicle’s recall history is important. Using data from the National Highway Traffic Safety Administration (NHTSA), iSeeCars, an automotive data and research site, compiled two lists of the cars with the highest and lowest recall rates. The car with the lowest recall rate? The Hyundai Accent.

iSeeCars took several statistics into account from the NHTSA, including number of recall campaigns per year, to calculate the average recall rate for each vehicle. From there, the study compared the results to Consumer Reports’ Used Car Reliability Ratings.

Model Showroom: Take a closer look at the specs and features on the 2018 Hyundai Accent

The Hyundai Accent received an average recall rate of 0.10 recalls per year per 100,000 units sold. The Accent stood above the Chevrolet Equinox and the Toyota Corolla, which earned average ratings of 0.11 and 0.12, respectively. The Mercedes-Benz C-Class earned the highest number of recalls with an average rate of 5.77 — nearly 58 times more recalls than the Accent.

“A recall means hours of lost time on top of potential safety issues,” said Phong Ly, the CEO of iSeeCars. “At the very least, it involves an appointment, a trip to the dealership, and waiting around while the repairs are being made or dealing with a loaner car if the dealership is even prepared to make the fix. Owners of cars with repeated recalls are faced with this hassle many times over.”

iSeeCars’ study also revealed that the majority of recalled vehicles — 60 percent — are American-made, while 60 percent of the vehicles on the lowest-recall list are Japanese brands.

“The Hyundai Accent, the only model without a reliability rating [from Consumer Reports] and the model with the lowest recall rate, is well-regarded by many automotive review institutions,” said the report, referencing the Accent’s reputation in U.S. News & World Report, Edmunds, and Kelley Blue Book.

Spring Cleaning: How to get your car ready for the warmer months