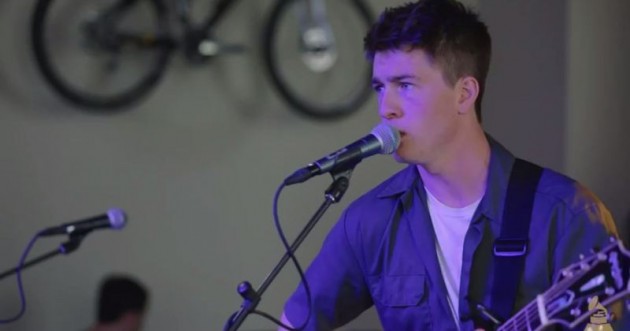 Artist Wes-Tone, one of the 2015 GRAMMY Amplifier winners, performs at SXSW
Photo: The GRAMMYs via Youtube

Three independent musical artists have won the opportunity of a lifetime.

After numerous hopefuls uploaded songs to the GRAMMY Amplifier website, 25 finalists were chosen by this year’s curators: The Band Perry, Ziggy Marley, and Allen Stone. From those 25 contestants, this year’s ambassador, Mark Ronson (of the hit groove “Uptown Funk”), selected three finalists.

These three 2015 GRAMMY Amplifier winners were announced this week at Austin’s SXSW Festival.

Hyundai and the Recording Academy teamed up for the third consecutive year to promote emerging artists. This year’s winners were ChinahBlac, a singer/songwriter from New Jersey with a soulful voice like Aretha Franklin; Cramer, another singer/songwriter who mixes R&B with chillout tones; and Wes-Tone, whose acoustic folk sound hearkens back to classic Americana.

ChinahBlac’s chosen prize was to create a music video with an experienced director for her song, “Keep Your Word.” Maryland native Cramer will perform her song, “It’s Alright (It’ll Only Hurt A Little),” at a major national tour or festival for winning. Minneapolis-based artist Wes-Tone will be working with a GRAMMY-winning producer to record studio sessions of his songs, including “Drunk And Unemployed.”

The winners also performed at a live showcase at the SXSW festival in Texas. You can listen to the three winning songs here and see the artists interviewed below.