Each year, the GOOD DESIGN™ Awards honor the top designers and manufacturers that have introduced the most influential and cutting-edge designs during that given year. For 2016, both the Hyundai Ioniq and Vision G Concept managed to earn these prestigious design awards.

Care Car 101: Find out why it’s so crucial that you car’s oil is changed on time

The Vision G Concept was unveiled at the 2016 Chicago Auto Show and ever since then, auto enthusiasts have been gushing over this large coupe’s luscious curves and sculpted body lines. Meant to represent Hyundai’s commitment of offering premium luxury cars that also provide great value, the Vision G Concept features an eye-catching low roofline, and its doors even open up automatically when it senses the driver approaching from behind. 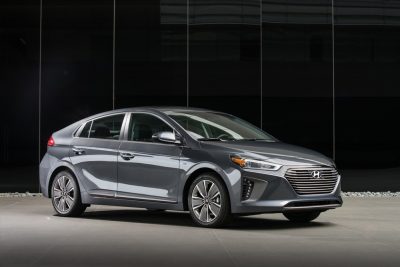 As for the Hyundai Ioniq, this is the second straight year this vehicle has won a GOOD DESIGN™ Award. Designed to compete with the fuel-efficient Toyota Prius, the Ioniq is the first car that offers buyers the choice between hybrid, plug-in hybrid, and full-electric powertrains. Furthermore, Hyundai Motors plans to release the electric and hybrid models this winter, while the plug-in hybrid is scheduled for release next summer, according to Hyundai USA’s official web site.

“Hyundai is honored to earn GOOD DESIGN™ Awards for its unique design concepts across a diverse segment of vehicles,” said Chris Chapman, Chief Designer, Hyundai Design Center. “Winning this award for the second consecutive year for the eco-friendly Ioniq, and the first time for a luxury coupe concept is a testament to Hyundai’s position as a leader in the ever-changing and dynamic automotive landscape.”

2016 marks the 66th year of the GOOD DESIGN™ Awards. Hyundai also grabbed one of these prestigious awards a few years back for the design of its 2013 Hyundai Santa Fe SUV.

Certified Pre-Owned (CPO): Learn about the tests that each car must pass to become a CPO Hyundai