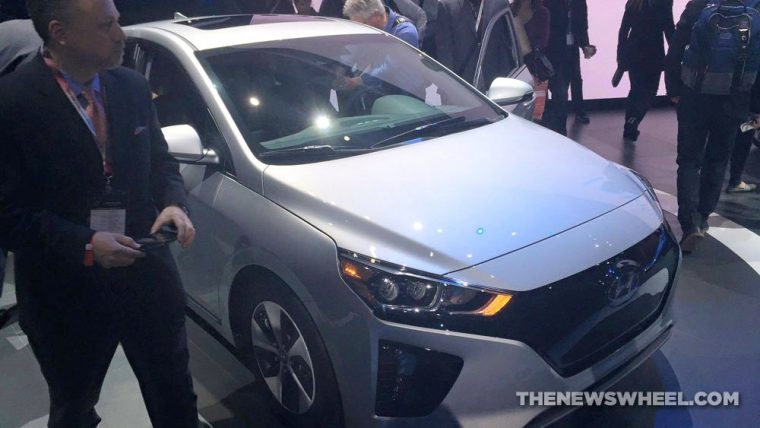 The wait for the revolutionary 2017 Hyundai Ioniq electric vehicle is nearly over.

After being publicly revealed at the Geneva Auto Show in March, Hyundai’s Ioniq has earned the brand major buzz. The three-form EV is the first of its kind, the same platform offered in three different powertrains: hybrid, plug-in hybrid (PHEV), and fully-electric.

Based on estimates that the Ioniq Electric would have a 110-mile range, we knew this car would be fuel-efficient. Now that EPA ratings have been announced for the Hyundai Ioniq, it’s being crowned the “most energy efficient car.”

More Hyundai Models: Check out what’s new for the 2017 Elantra

If you thought the most energy efficient car on the market was the lauded Toyota Prius, you’re not up with the times.

The 2017 Toyota Prius Prime PHEV had that distinction a couple months ago with its EPA rating of 133 MPGe, unseating the long-victorious BMW i3. The Prius Prime didn’t enjoy that trophy for long, as the Ioniq PHEV has topped that record with 136 MPGe.

The electric-only Ioniq’s range will also beat out the previous prediction of 110 miles with a full 124 maximum miles.

If you’re anxious to get your “green” hands on this hot new model, you don’t have much longer to wait–depending on where you live. Beginning sometime in December, dealerships in California and other states with established electric charging infrastructures will begin selling Hyundai’s first electric-dedicated vehicle. Gradually, other states will follow.