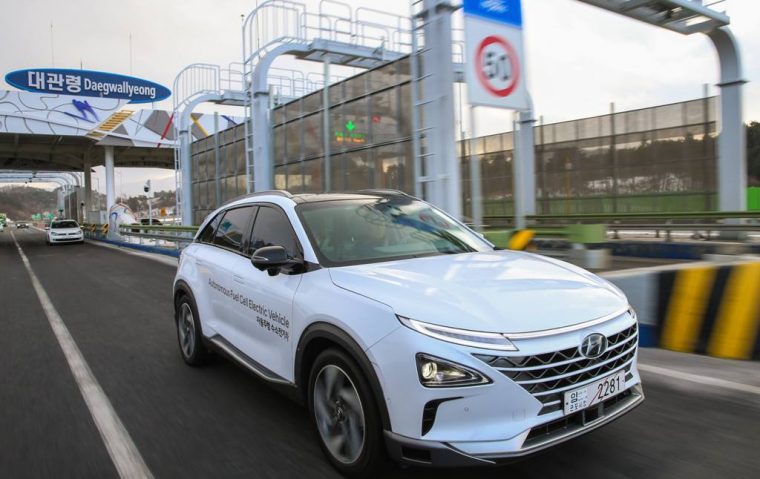 For the past half-decade, Hyundai has been focused on two major goals: developing self-driving vehicle technology and marketing a widespread use of fuel-cell (FCV) powertrains. While the Korean automaker has made notable progress turning these dreams into realities, they still haven’t come to fruition in ways that affect consumers.

In its home country, though, Hyundai is working diligently on pursuing these goals. Its latest achievement is the creation of the brand-new NEXO SUV, which combines fuel cell technology with autonomous driving capability. A fleet of these vehicles traveled drove themselves 180 miles, from Seoul to Pyeongchang.

Hyundai Is One Step Closer to Perfecting Self-Driving Cars 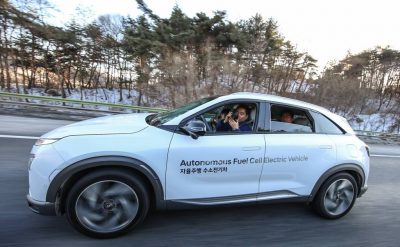 Utilizing what’s known as “Level 4 Autonomous Driving,” the fleet of Hyundai NEXO SUVs changed lanes, merged onto the highway, adjusted with the flow of traffic, passed slow cars, and navigated toll gates. According to Hyundai’s estimates, these NEXOs can travel over 370 miles on a single five-minute charge. This is the first time in the world that Level 4 autonomous driving has been achieved by a fuel cell vehicle on full-speed highways.

This recent test is only one of many evaluations run by Hyundai involving its self-driving vehicles that have spanned hundreds of thousands of miles. It won’t be long until this technology is available to consumers like us; Hyundai vehicles featuring this Level 4 capability will be available in certain cities by 2021. Hyundai estimates that it will take another decade for fully autonomous vehicles to be on the market.

The non-autonomous production version of the NEXO FCV will be released on the Korean market in March, where Hyundai hopes it will be a hit and can move the tide in favor of fuel-cell power.