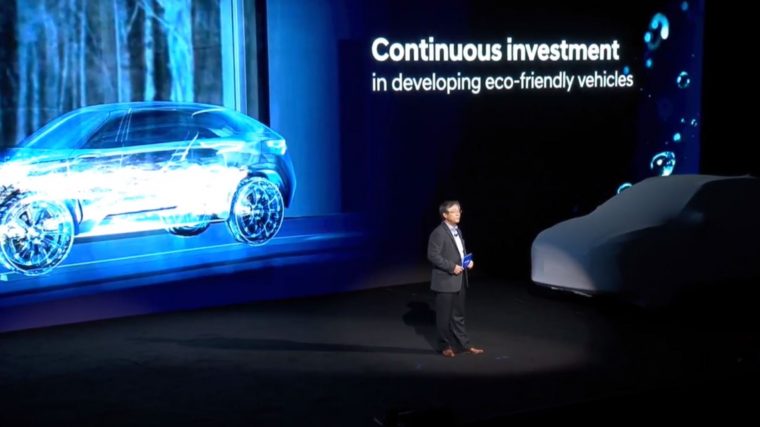 For years, Hyundai has pioneered fuel cell technology, working hard to introduce the public to the idea of hydrogen-powered vehicles. Despite its best efforts publicize the potential of hydrogen fuel, Hyundai hasn’t yet made the impact it’s wanted to.

Instead of giving up, Hyundai is gearing up for round two, doubling down on its mission by releasing an all-new, dedicated fuel cell electric vehicle as part of its three-year lineup expansion.

The Future of Car Rentals: How Hyundai’s WaiveCar is making waves 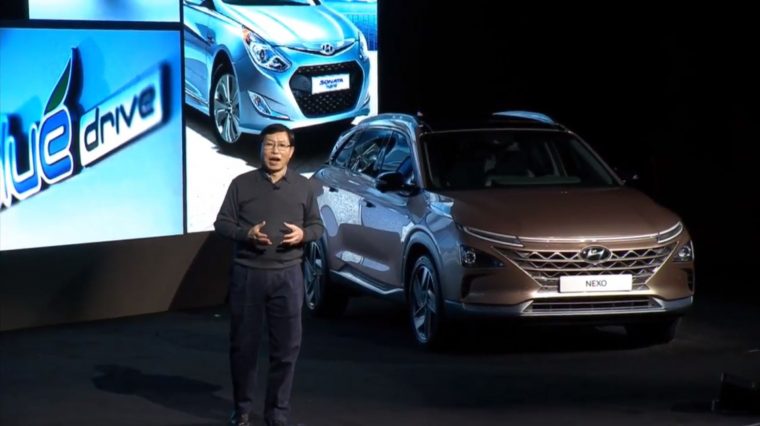 From the stage at Mandalay Bay, Jim Trainor, director of public relations kicked the show off by musing about the inseparable relationship between electronics and automobiles these days. He gave the stage over to Woongchul Yang, Vice Chairman of the Hyundai Motor Company, who reiterated Hyundai’s progress relating to its three pillars of automotive mobility. To introduce Hyundai’s new partnership with Aurora, Yang invited Aurora’s CEO on stage to praise the possibilities of autonomous driving tech.

Finally came the moment everyone eagerly awaited: the reveal of Hyundai’s new fuel-cell crossover. After a snazzy video montage, the sheet was lifted on the Hyundai NEXO. According to the automaker, this new model will spearhead Hyundai Motor’s plans to introduce 18 eco-friendly models to global markets by 2025. Highlights of the NEXO include

The design of the NEXO was inspired by the warm light of dawn and the curve of the earth. It features unique headlights that are integrated into the shape of the grille. Its interior uses a hefty percentage of biomaterials; it even has a display screen that’s integrated into the dashboard.

“Hydrogen energy is the key to building a more sustainable society. Hyundai Motor Company has already taken a lead in hydrogen technology with introduction of Tucson fuel cell,” explained Dr. Woong-chul Yang, Vice Chairman of Hyundai Motor Company. “Yet as another result of this earth-saving effort, today, I am so proud to introduce to you our second-generation Fuel Cell Electric Vehicle which is a culmination of our cutting-edge technologies.”

Hyundai will have many of its technology tools on display for visitors to see at its booth in the Las Vegas Convention Center beginning today at CES 2018.

A Barking Good Brand: Why the Hyundai Sonata makes a great vehicle for dog-lovers