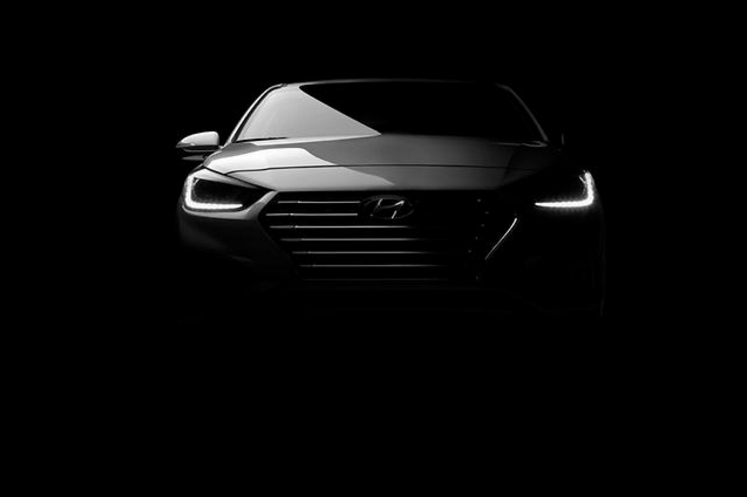 Hyundai is set to unveil the Accent on Feb. 16th at the Canadian International Auto Show

Hyundai dazzled the crowd yesterday at the Chicago Auto Show when it uncovered the 2018 Elantra GT, but the Korean automaker isn’t done revealing new vehicles just yet because it recently announced that an all-new Accent compact sedan will premiere soon at the upcoming Canadian International Auto Show.

157.825 MPH: Did you hear the Hyundai Ioniq broke the land speed record for a hybrid?

The Accent was the best-selling compact sedan last year in Canada, so it makes sense that Hyundai would choose Toronto as the place to debut the fifth-generation Accent on Feb. 16th. In fact, Hyundai also chose Canada as the location to debut the current Accent sedan way back in 2011 at that year’s Montreal Auto Show.

The company also released a teaser video for the fifth-generation Accent, and it looks very similar to the larger Elantra mid-size car. A cascading grille, slimmed-down bumper, a sweeping roof line, and sport rear combination lights will be featured on the new Accent. Hyundai has not released details on the car’s powertrain, but the current model is powered by 1.6-liter four-cylinder engine that supplies 137 horsepower and 123 lb-ft of torque.

Even though many US consumers are now favoring SUVs and crossovers, Hyundai still managed to sell a total of 79,766 Accents last year in the States, which is a great improvement over the 61,486 Accents it sold in the US the previous year. With that being said, US consumers should also be interested to see the fifth-gen Accent’s debut in Toronto.

It should also be noted that automotive site The Truth About Cars reported that only the Accent sedan will debut next week in Canada, but that a Hatchback model will also eventually be coming.

If you can’t wait a full week to see more of this model when it debuts, then check out the embedded YouTube video below that teases the new compact sedan.

Thinking About A New Hyundai? Check out these incentives on 2016 and 2017 models