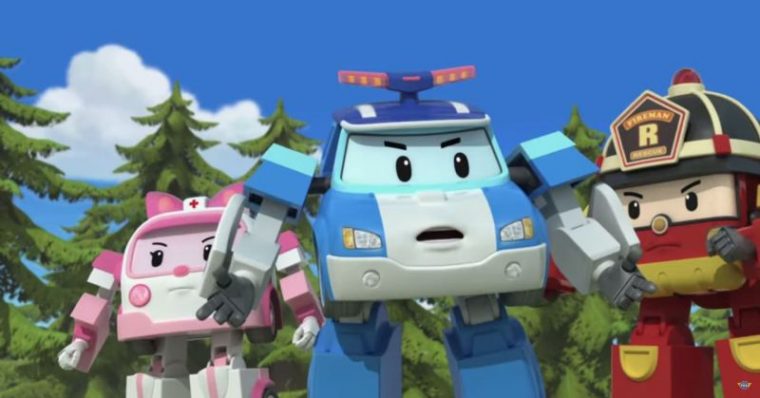 Did you know there’s a section for kids on Hyundai Motor Company’s global website? No, it’s not meant to sell cars to children.

Rather, it’s part of Hyundai’s traffic safety awareness campaign which educates children on staying safe when playing outside and on understanding automobiles. Its highlight is easily the highly-successful Robocar Poli series which every child should watch. Check out the opening theme song below:

Related: The Sonata and Santa Fe are affordable, convenient vehicles for families

Robocar Poli debuted in South Korea in 2011. Developed by the Hyundai Motor Company in conjunction with ROI Visual and EBS, the series has produced over 78 episodes, each 11 minutes long. Robocar Poli has remained incredibly successful in the Korean television market, rivaling Pororo the Little Penguin for its segment’s top spot. The show also received commemorative stamps in 2013 and the character is frequently referred to as “Poli, the Minister of Children.”

Based on that success, Hyundai decided to adapt the show to export it globally, creating a condensed adaptation called Traffic Safety with Poli. It has been used to teach traffic safety lessons to children in France, Taiwan, Japan, the United States, China, Russia, Brazil, India, and beyond.

The quality of the animation is impressive, colorful, and toy-like in appearance, which makes it appealing to young children. The English voice casting is spot-on, and the show involves two things children love: automobiles which talk and transform. 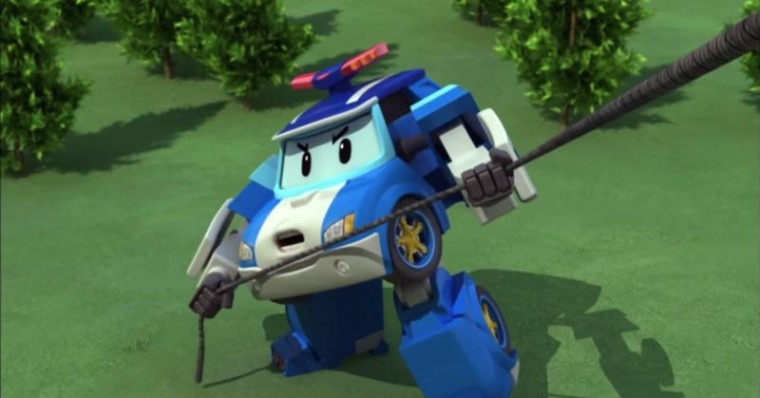 Poli is a police car in Broom’s Town, where mishaps and accidents happen every week. His adventures usually involve his three friends: Robotruck Roy, the firetruck; Robovan Amber, the ambulance; and Robocopter Helly, the helicopter. Together, they form the town’s rescue team and solve whatever problems the town is facing. Each episode culminates with an exciting rescue scene and transformation sequence.

The show effectively teaches children lessons on traffic safety while building an image of trustworthiness for the local emergency teams and law enforcement. The show’s website has a wealth of information and resources to use, from transcripts of each episode to parent teaching resources. You can watch many of the episodes in English on the official Robocar Poli YouTube page.

Other Safety Awareness Efforts by Hyundai 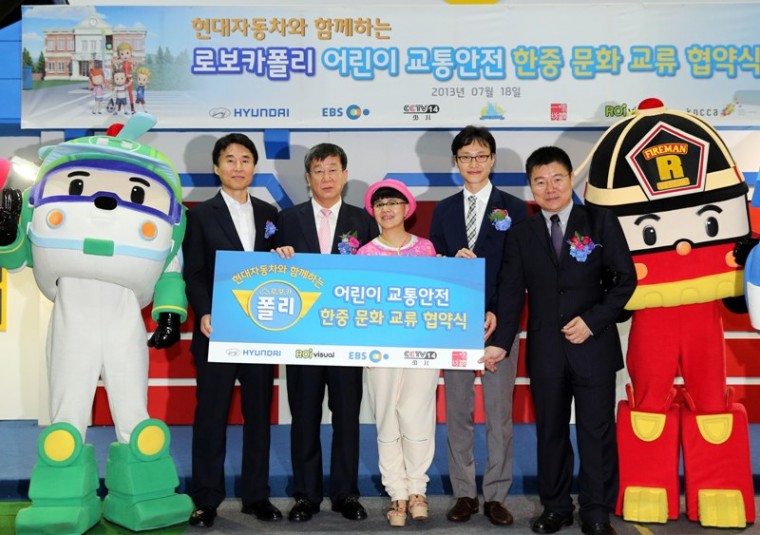 Another aspect of the initiative is travelling mobiles that bring traffic safety classes to Korean schools. Conducted by Hyundai Motor Company, the educational speakers visit 150 nurseries and kindergartens every month. Classes involve three courses: Safe Neighborhood, Safe Bicycle Riding, and Getting On and Off the Bus. Two buildings in Korea have also been transformed into local traffic safety education facilities, where families can go for free to play and learn about safety together.

The television show is part of Hyundai’s four-fold plan of teaching ‘Easy Move’, ‘Safe Move’ (which involves Poli’s show), ‘Green Move,’ and ‘Happy Move.’ “We want to be a responsible, lifetime partner in automobiles,” Vice Chairman Yeo-Chul Yoon stated in 2013 during the expansion ceremony. “We are taking a bigger initiative to advocate a safer driving environment for our children worldwide.”

While Robocar Poli is seeing great success, we’re also wondering about the other children’s area on Hyundai’s website. When in the world is BlueWill’s Vroomland going to finish it’s unending construction? It looks awesome!

Related: Hyundai’s smartwatch app keeps you in control of your car