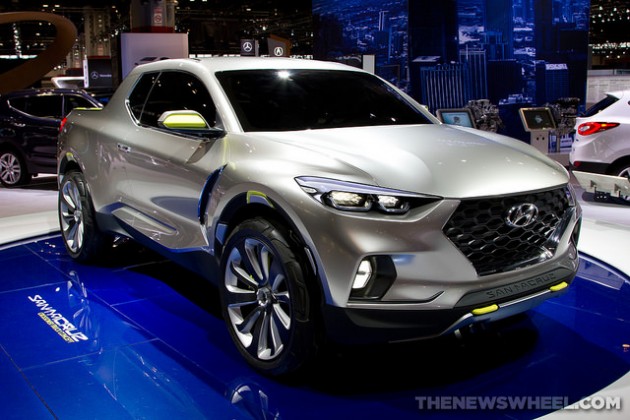 The unique Santa Cruz has garnered Hyundai a lot of buzz since the concept vehicle’s unexpected reveal at the 2015 North American International Auto Show. The American arm of the Korean automaker has been struggling with mediocre monthly sales due to its lineup saturated with sedans and coupes. Production of a heavier-duty compact truck (more accurately a “utility vehicle”) is intended to appeal to young, urban truck fans who like the idea of pickup trucks but don’t really need one.

While there has been some skepticism of the Santa Cruz’s design, Hyundai has received overall support for its effort to widen its lineup. Thus, the latest news reports that Hyundai Motor America CEO Dave Zuchowski has confirmed a production version of the Santa Cruz will be green-lighted this November, after the parent board in Korea approve of it. While few details are known, many believe the Santa Cruz will borrow many elements of the Tucson, including the interior and engine options.

Production of the Santa Cruz seems like a good idea considering the accolades the concept vehicle has received since its unveiling. In fact, the silver utility vehicle has recently earned the title of Concept Truck of the Year at the 14th annual North American Concept Vehicle of the Year Awards at the Concours d’Elegance of America. The award–presented by Mark Phelan, auto critic at the Detroit Free Press–recognized the Santa Cruz for its design, technology, and market receptiveness.

Since 2002, the North American Concept Vehicle of the Year Awards has recognized vehicles which are most likely to shape the future of the automobile industry, as voted on by dozens of industry and media jurors. 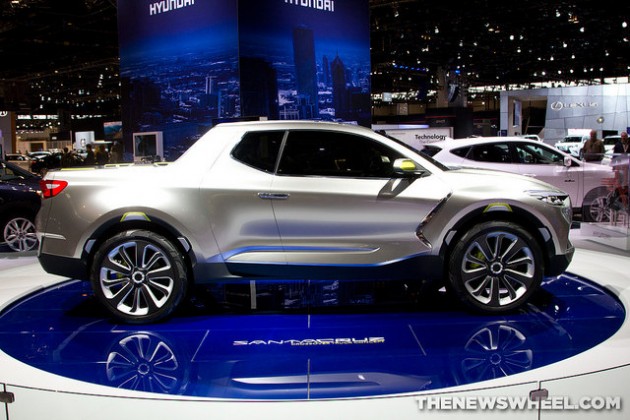 “Hyundai’s new Santa Cruz crossover truck concept is a modern take on the classic theme of one of America’s most-loved segments–the pickup truck,” explained Mike O’Brien, vice president of corporate and product planning for Hyundai Motor America. “Unlike some of the industry’s past attempts to blend open bed utility with passenger car attributes, Santa Cruz delivers innovative functionality and flexibility in a compact, fun-to-drive package for a new breed of pickup truck buyers.”

If the rumors are true, the Santa Cruz could be produced in Hyundai’s Alabama plant.