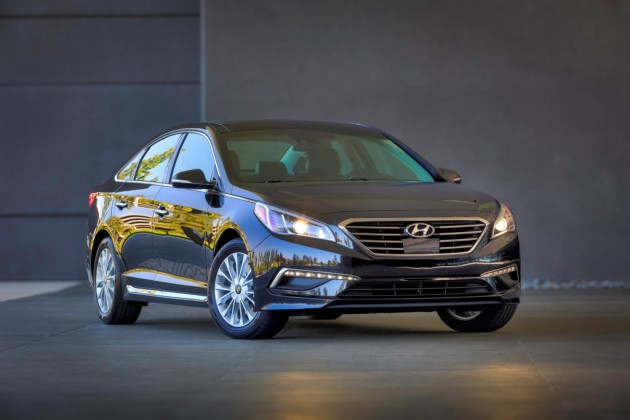 The Hyundai Sonata, the Korean brand’s best-selling midsize sedan, is also known as the i45 in some Asian and Australian markets. After a rocky initial release, it’s become one of the automaker’s most reliable entrants, selling more than 7.3 million units around the world.

Early History of the Hyundai Sonata

The first generation of the Hyundai Sonata debuted in Korean in 1985–smack dab in the middle of the 80s–as a facelifted Stellar. Although it quickly sold over 1 million units in the country, it was known for receiving tepid reactions from consumers. The Sonata was one of the first models designed exclusively by Hyundai’s in-house design team. 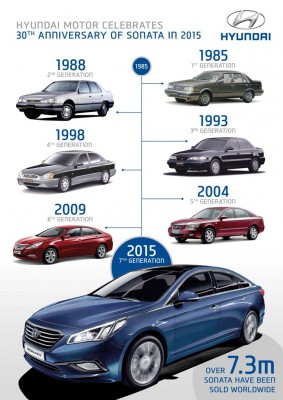 After being withdrawn for a year, the second generation of the Sonata debuted in 1988 with much-needed changes. Instead of rear-wheel drive, the revised model was front-wheel drive, which offered better handling and efficiency. Its stiff, jarring angles were smoothed out and its organic appearance began attracting international appeal (thanks to the input of ItalDesign). Thus, the Sonata was first introduced in the United States in 1988.

The Sonata cruised through the 1990s by maintaining its appeal and simply adding tech and entertainment features as they developed. Briefly, the model was also released as the Hyundai Marcia in South Korea after receiving slight design tweaks. At the end of the 20th century, the Sonata received an in-house-designed engine and a shared platform with the first Santa Fe.

Modern History of the Hyundai Sonata

Through the development of the fifth and sixth generations of the Sonata sedan, the model began taking on European design influences that increased its premium appeal, followed by the re-envisioning of Fluidic Sculpture philosophy.

As of the seventh generation of the Hyundai Sonata,which has addressed the disappoointments of the sixth generation (though not without suffering some recalls in 2014), the sedan has found an appealing middle-class family niche. It’s garnered numerous awards from MotorTrend, Kelley Blue Book, US News & World Report, Consumer Reports, Kiplinger, Motorweek, and many more.

The car has received many variants, including a hybrid option, plug-in hybrid, and turbo edition.

“The Sonata has been a huge factor in Hyundai’s growth not only in the US, but around the world,” said Dave Zuchowski, president and CEO, Hyundai Motor America. “During its 30-year history, we have been able to craft and evolve Sonata to the ever-changing needs of our customers. And, with the Sonata family growing this summer to include the all-new Sonata Plug-In Hybrid, we’re expanding an already diverse lineup with something for everyone.”