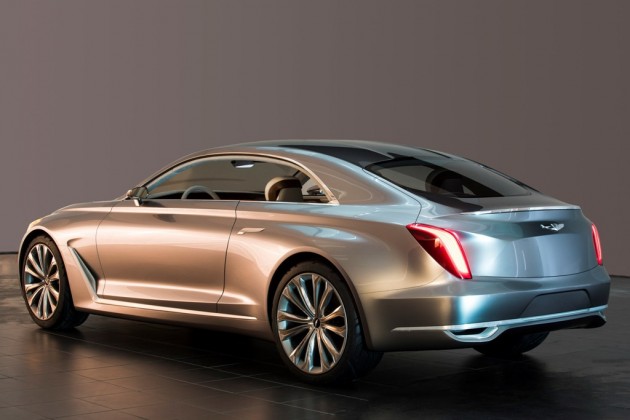 Shortly after Hyundai announced that its plans for a brand new entry-level sports car had been shelved, the automaker has revealed a luxury concept car to stir interest in its long-term design plans.

Obviously a variation on the Genesis Coupe (even bearing the same badge), the “Vision G” shows the brand’s intent to build a “Responsible and Respectful” family of models to attract fans of American luxury brands like Cadillac and Lincoln which have stepped up their game recently. 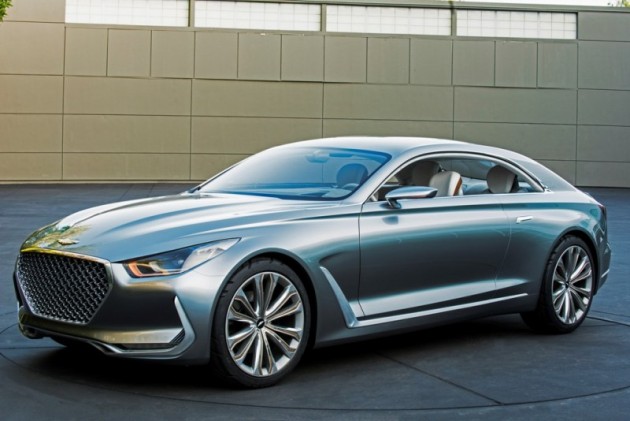 So what exactly is the “Vision G” Concept’s focus? Its designers were able to sum it up in one word: chivalry.

Not the type of chivalry based on a knight’s chivalric code of honest, bravery, or generosity (or making war with against infidels either)–more that, according to its team of designers, it “doesn’t need to shout to be noticed and respected.”

“The concept was designed with coordinated input from Hyundai design studios around the world, but was led by our team here in the US,” said Peter Schreyer, Hyundai USA’s president and chief design officer. “The design is our interpretation of the idea that Hyundai breathes into all of its vehicles–a DNA that balances design and performance with the idea that you don’t need to be over the top in terms of glitz and stereotypical luxury cues.”

Inside, the “Vision G” has a 5.0-liter Tau V8 engine producing 420 horsepower and 383 lb-ft of torque. It sounds like a great machine to drive–hopefully other auto enthusiasts agree.

Take a look at this confident, attractive vehicle in the photo gallery below.