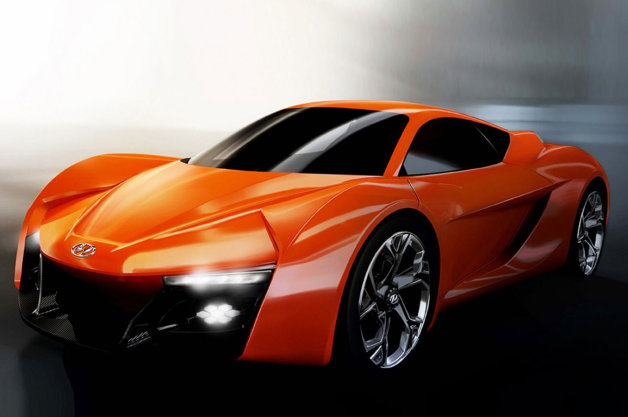 In order to achieve the freshest designs, it’s often a good idea to turn to young minds and their fresh eyes. This is precisely what Hyundai did in order to give the world the PassoCorto Concept, which premiered last week at the 2014 Geneva Motor Show. Teaming with sixteen Master’s students at the Instituto Europeo di Design of Turin (IED), the Korean automaker brought a concept to the show that has more European flair than anything they have ever manufactured before.

The IED Hyundai PassoCorto Concept is, in essence, the thesis project of sixteen students under the tutelage of Luca Borgogno (the lead designer at Italian automotive design and engineering firm Pininfarina). Their vision for the PassoCorto Concept: Hyundai’s version of an Alfa Romeo 4C fighter.

According to IED’s introduction to the PassoCorto, Hyundai gave the students of the Master in Transportation Design program a design brief for a vehicle targeting Gen Y drivers. As such, the students worked together through various production stages and submitted individual proposals for what they thought Hyundai’s Alfa fighter should be.

In the end, the top two designs were chosen and merged together, and the IED Hyundai PassoCorto was ultimately brought to Geneva where it wowed journalists and enthusiasts alike.

The concept has a 161-inch length, 74-inch width, 45.7-inch height, and 96.5-inch wheelbase (hence the name “PassoCorto,” which is Italian for “short wheelbase”). AutoBlog believes that the engine is a mid-mounted 1.6-liter four-cylinder twin turbo that is capable of about 266 horsepower. Yeah, we like the sound of that all right.

Are the Master’s students at IED the future of automotive design? They say the proof is in the pudding, and if the PassoCorto concept represents the students’ version of pudding, we say it’s pretty tasty. Now then, Hyundai, can we focus on getting these in showrooms? That would be just great.