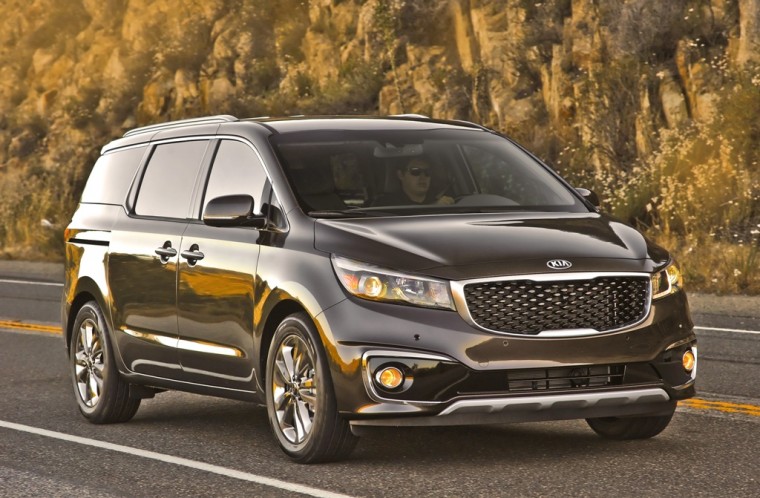 The 2017 Kia Sedona is now an IIHS Top Safety Pick+

The 2017 Kia Sedona doesn’t just have a gorgeous exterior design and a high-tech, comfortable interior—it is also now one of the safest minivans in the segment. Kia’s newest minivan recently received the best safety rating possible from the Insurance Institute for Highway Safety (IIHS) when it was awarded the Top Safety Pick+ title.

This title comes after the addition of the brand’s new Autonomous Emergency Braking system, which warns the driver of an impending forward collision and applies the brakes if no action is taken.

“Buyers often place safety at the top of their list when shopping for a new minivan,” said Orth Hedrick, vice president of product planning for Kia Motors America. “The IIHS is a highly respected safety authority and we see the 2017 Sedona’s TSP+ rating as validation of Kia’s dedication to its customers and to the continuous efforts to build better and safer vehicles.”

Kia’s newest safety award is impressive, especially because of the IIHS’s newest testing standards. To receive the Top Safety Pick+ designation, a vehicle must earn “good” ratings, which are the highest possible, in five crashworthiness tests. These tests include a small overlap front, moderate overlap front, side impact, roof strength, and head restraints. The vehicles also have to earn an “advanced” or “superior” rating for front crash prevention. Because of the Sedona’s available Autonomous Emergency Braking system, it did this with ease.